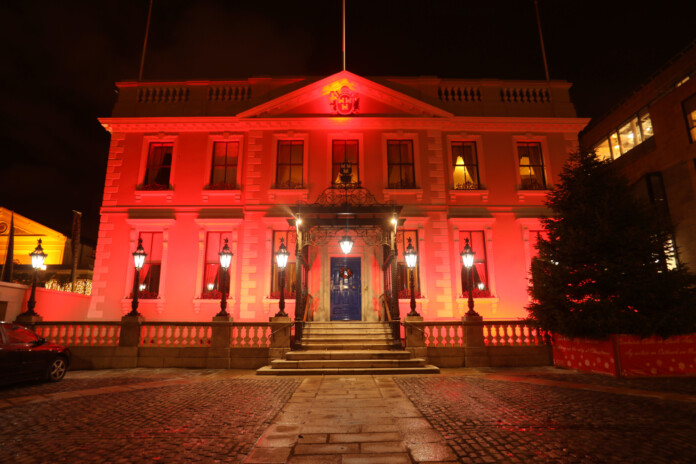 Dublin Fire Brigade has announced that over 100 businesses and buildings around Dublin will be turned red to support the Fire Safety Week.

Fire Safety Week 2021, which runs from the 4th to the 11th of October, “will focus on upholding the principles of fire safety and informing citizens about the best practices to stay safe from fire in their home,” the council says.

“The annual awareness week is being marked by the transformation of some of Dublin city’s most famous landmarks, as they turn red in recognition of the week and its important message.

“For the duration of Fire Safety Week, the Mansion House, Hugh Lane Gallery, Samuel Beckett Bridge, and more, will all don the red cape of fire safety to remind us of the need to exercise caution and care when dealing with fire,” it says.

Fire Safety Week is an all-island campaign organised by the National Directorate for Fire and Emergency (NDFEM) and the Northern Ireland Fire & Rescue Service.

“We urge people to keep themselves safe from fire, be aware of the hazards, have a working smoke alarm in your home and a plan for your escape”.

The campaign not only encourages people to ensure their home has a working and regularly tested smoke alarm, but asks the wider community to look out for each other, especially those most vulnerable and at risk.

In addition to the building illuminations, an awareness campaign will be showcased on digipanels, cinemas, billboards, bus shelters, in traditional media, and on social media.

The campaign features both still and animated images highlighting the key messages around fire safety.

Facebook
Twitter
Pinterest
WhatsApp
Previous articleCompletion of new Stillorgan Reservoir means more secure water supply for more than 200,000 Dubliners
Next articleJailed after fingerprints linked him to container with half a million euro worth of cannabis