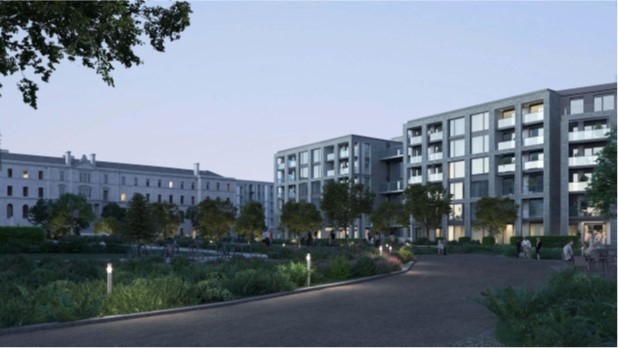 Chief executive of Dublin City Council Owen Keegan has written to An Bord Pleanála voicing his concern over the 1,614-unit apartment complex proposed for Holy Cross College in Drumcondra.

Keegan criticised various facets of the project, including the build-to-rent aspect, the number of studio apartments proposed and the lack of sunlight that the complex will receive.

In his letter, Keegan said that it is “critical” a development of this size “should not be purely for rental, given the desire and need for local residents and potentially people from outside the area to purchase their own home.

“It is considered the scheme is a major missed opportunity to create an integrated, mixed income, mixed ownership and sustainable new community with a full range of apartment types and sizes,” he said.

Of the 1,614 units proposed, over 70% are either studio apartments or one-beds, which the chief executive said was “alarming.”

A report drafted by the council’s conservation offer that also sent to the planning board, criticised the proposed demolition of buildings listed under the National Inventory of Architectural Protection (NIAH).

It also highlights the impact one of the 18-storey blocks will have on the surrounding protected structures, such as the former seminary.

“The proposed height, scale and massing of the Block D2 building at 17+1 storeys is excessive in this context and will entirely dominate and seriously injure the architectural setting of the Protected Structures – the former Seminary and the Red House in particular,” the report reads.

“Accordingly, Block D2 should be omitted from the proposed development”.

The project, which is being proposed by Hines, was filed as a Strategic Housing Development (SHD) – meaning it can bypass the local council and go straight to ABP for approval.

North Inner-City councillor Nial Ring said he was encouraged by the Keegan’s letter.

“The Chief Executive’s report almost mirrors what the public have been saying about this scheme and, hopefully An Bord Pleanála will also reflect public opinion on this hideous and contemptible scheme and throw it out,” he said.

“Fundamentally, everyone in the area rejects the concept of build-to-rent and the chief executive’s report confirms that it is critical that a scheme of this scale should not be purely for rental, given the desire and need for local residents and potentially people from outside the area to purchase their own home.”

“Overall, the reports more than reflect the issues raised by the local community and local representatives – condemning the build to rent concept, the excessive amount of one bed units, the demolition of historic structures and the threat to listed structures.

“Will An Bord Pleanála listen – that’s the question now” he said.

A decision on the proposal is due to be made by ABP on November 4.