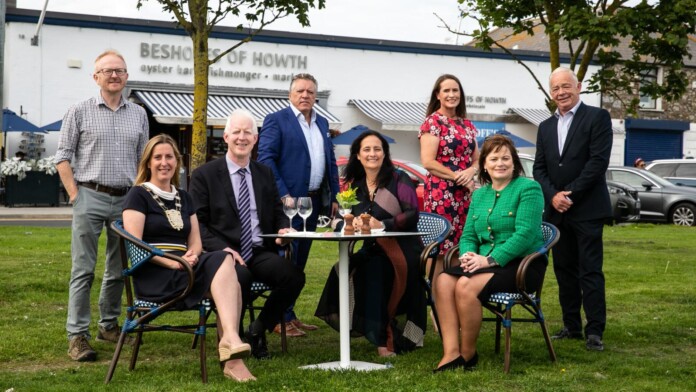 Fingal County Council has announced plans to construct an all-weather dining area in the shape of a Viking ship at Howth Harbour.

The council says that the he development will be used for dining and public and private events.

The project recently received €600,000 in funding from Fáilte Ireland and was one of 38 initiatives across the country to be awarded such funding.

Fingal County Council now will proceed to develop detail plans before moving to seek planning permission which will include a public consultation.

The Mayor of Fingal, Cllr Seana Ó Ródaigh and the Chair of the Economic Enterprise and Tourism Development Strategic Policy Committee, Cllr Tony Murphy were joined by the Chief Executive of Fingal County Council, AnnMarie Farrelly, and the Director of Economic Enterprise Tourism and Cultural Development, Emer O’Gorman, at the announcement in Howth.

Cllr Ó Rodaigh, Mayor of Fingal, said: “I am delighted that the council’s application for funding for a permanent outdoor dining facility has been successful and it will be a great addition to Howth especially as it planned to be used for events as well as outdoor dining.”

Cllr Murphy, Chair of the Economic Enterprise and Tourism Development Strategic Policy Committee, said: “Outdoor dining has become very popular across Fingal during the pandemic and there is a need for permanent facilities.

“Hopefully, there will be further opportunities to seek funding from Fáilte Ireland for similar projects in other parts of the county.”