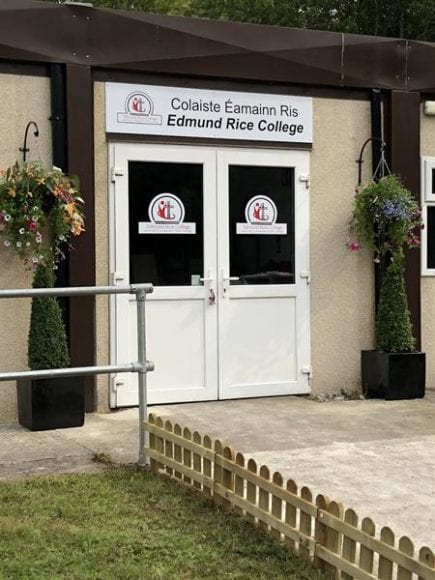 Construction on the new Edmund Rice College secondary school building at the racecourse site in Phoenix Park has once again been delayed, a local TD has said.

The school, which is currently being housed in temporary buildings off Waterville Road, was told in 2018 that a new building would be developed at the earmarked site.

In September 2019, the Department of Education announced that due to design and pre-planning problems, the opening of the building would be delayed until September 2021.

However, after several setbacks, construction on the project has been delayed once again.

It is understood that breaking ground at the site will not happen for at least another month, leaving the opening of building in September 2022 in jeopardy.

“The tender contract for the construction has been awarded,” says local Sinn Fein TD Paul Donnelly.

“However, the Department of Education hasn’t gotten its act together.

“It was due to sign off on it in April, then May, but it still hasn’t been signed,” he says.

Donnelly says that the school received additional facilities to accommodate the incoming first years in September but will not be able to house the new pupils entering in 2022.

“Even if they break ground the day after the contract is signed it will be extremely tight for the building to be completed by next September,” says Donnelly.

“If it is delayed, which is looking increasingly likely, it is very possible that there will be no first-year cohort in the school in 2022,” he says.

Donnelly says that the only nearby school that could accommodate extra pupils, in Castleknock, is not currently in a position to do so due to upcoming construction.

“It is inconceivable that this building will not be completed by September 2022, considering when this all begun, but it is looking that way,” he says.

“The parents for children coming in this year have the assurance that their kids will have a place.

“However, the parents of children in 2022 have a major problem.

“Where are they going? Is there a plan b if the construction is finished,” he says.

Donnelly says that he “will be writing to the department to demand that they provide a plan b for school placements in September 2022 because it would take a miracle for this school to be built in time for the next cohort of students.”

Donnelly says he will be raising the matter in the Dáil in the coming weeks.