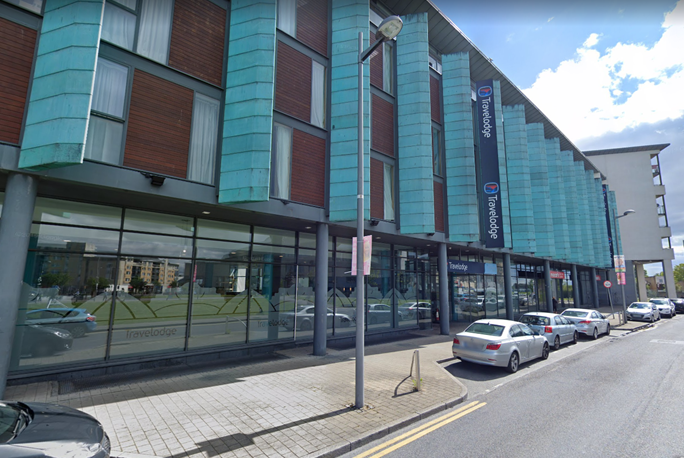 Tenants of Travelodge Ballymun are demanding answers after they were allegedly told by Dublin City Council that they had to vacate their emergency accommodation at the hotel with only two days’ notice.

Eight families that have been living in the hotel on the Shangan Road were reportedly told on Tuesday, April 27 by a Dublin City Council housing officer that their stay at the hotel had been terminated and were required to leave by Thursday week.

The families were told that alternative accommodation had been arranged for them in Clontarf or Coolock and if they were to reject those options, a place further away, in Tallaght, would be their only choice.

In a statement released by Dublin City Council on Thursday, April 22 the local authority said that “we can categorically state that no household is under pressure to move immediately- (nobody is being evicted and nobody was told that they had to vacate within a very short of time) and they can contact us directly to discuss what they need.”

The council did confirm that the people staying at the hotel are required to transition to a different accommodation by June 15 and that “alternative accommodation that matches their needs,” is being made available but “there is no pressure on anyone to vacate the Travelodge immediately.”

However, a statement released by Travelodge tenants said that “we totally reject the claim that no one was told “to vacate in a very short timeframe”.

“This is categorically false.”

The tenants say that on Tuesday morning, three people, Sophie Potter, Jennifer Gateley and Kym Kelly received phone calls from a DCC housing officer informing them that the “contract with the Travelodge was being terminated.”

Jennifer Gateley says that the officer told her that she and her family would have leave the hotel by Thursday and this was later confirmed by a Travelodge employee.

When she called the housing officer back to tell her that she did not want to move to the proposed Coolock accommodation because she had children attending school in Ballymun, she said she was told to “take it or leave it.”

According to the tenants, Sophie Potter was the first to receive a call from the housing officer, at 9:05am on Tuesday telling her that she would have to move and was asked to not tell the other tenants until all calls had been made.

“Word made its way around the hotel, and residents began to hear rumours that they too would be asked to leave,” the tenants say.

“Ms Jessica Condren (another tenant) contacted her key worker at DePaul Services, who confirmed that she would have to leave too.

“She said that DCC would be in touch.

The housing officer called Condren at 12:44pm telling her that she would have to leave the accommodation and was offered a place in emergency accommodation in Coolock or Clontarf.

“At 4pm, hotel manager, Emma Ferguson told Ms Condren her bed would be cancelled on Thursday, and that she would have to remove her belongings from the hotel by Sunday as there was “no available storage at the hotel””.

Another tenant, Ciara Cahill was also told she would have to leave and that accommodation and that if she refused places in Coolock and Clontarf she could be relocated to “Tallaght or over the southside, further from school.”

In the joint statement, the tenants say that “these stories offer enough detail to totally refute the claims made by DCC.

“We, the residents request the immediate retraction of the DCC/Dublin Regional Housing Executive statement.

“We are asking DCC/DRHE to provide a full record of all communication with residents, with the hotel and with any support workers.

“We are requesting a full apology from DCC/DRHE, and a public correction of the record.”

People Before Profit representative for the area Conor Reddy says that the ordeal “reflects badly on the homeless services.”

“Not only have these people been living in a hotel for the past two or three years, they have now been thrown into chaos and felt they were going to be uprooted without a moment’s notice.”

“It is a positive development that the DRHE/DCC are now in a position to offer better and more suitable accommodation to all of the remaining homeless households in this hotel,” it said.

“The Dublin Region Homeless Executive intends to cease use of the Travel Lodge Hotel in Ballymun for emergency accommodation for families from June 15, 2021.

“The DRHE now has vacancies in a number of hub facilities on the northside where families will have access to a broad range of facilities and onsite supports to support them to move out of homelessness.

“We originally had contracted 62 units in the Travelodge and there are currently just 15 families and three single individuals remaining.

“Some of the families are under offer for social housing and others have upcoming HAP viewings.”

“We have staff working directly with the remaining households in the Travelodge over the coming weeks to source alternative accommodation that matches their needs, taking into consideration for example location of schools and ties to the area.

“We appreciate that it may be difficult for some of the families, but we will work very hard to ensure a smooth transition.

“Each household has notified us of their preferences and we will be working with families over the coming weeks to ensure their needs are met.”