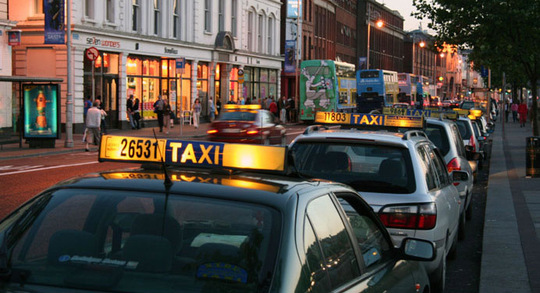 People Before Profit TD Richard Boyd Barrett has said that the decision by the Garda commissioner to ban tomorrow’s planned protest by taxi driver as “outrageous.”

“Taxi drivers have been campaigning since the beginning of the pandemic for specific supports for their industry which has been devastated by Covid19,” said Deputy Boyd Barrett.

“They held a major protest last year and have engaged in many meetings and discussions to secure adequate supports.”

A public meeting was held last to discuss the planned protest with an Oireachtas briefing planned for 3pm today.

“It is outrageous that the commissioner would move to ban this protest on public health grounds, especially considering the protest was to take place with all the drivers in individual cars,” said Deputy Boyd Barrett.

“This comes on the back of the commissioner’s decision last week to deploy hundreds of Gardaí to protect the liquidators as they took the stock from Debenhams.

“So, the “unessential” work of breaking a strike and removing stock is allowed, while a protest in individual cars is banned?  Says a lot for the priorities of the Garda Commissioner.”

By Isabel Hayes & Brion Hoban A husband and wife who falsely tried to claim they had been injured in a car accident after the...
Read more
Dublin

New grants will be available for Parent and Toddler Groups in Dún Laoghaire, according to Fine Gael Senator Barry Ward. A national total funding of...
Read more
- Advertisment -