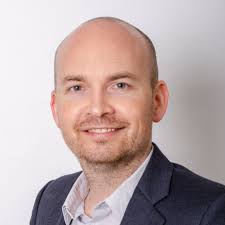 Dublin South-West People Before Profit TD Paul Murphy has criticised the call for outlawing people from recording Gardai, describing it as “a dangerous attempt to avoid public scrutiny”.

Fianna Fail TD Cathal Crowe recently said at a meeting of the Clare Joint Policing Committee  “there should be no videoing of Gardai allowed”, a statement that was welcomed by Chief Superintendent Sean Colleran and the Garda Representative Association.

“Right across the world, we have seen how the increase in access to video cameras has helped to expose examples of police brutality and helped to increase transparency and accountability, as recently seen in the US with the conviction of police officer Derek Chauvin for the murder of George Floyd.

“Not that long ago, such video recordings were crucial in catching Gardai who joked about raping a peaceful protester in Rossport.

“In the Jobstown trial, the video evidence was crucial in highlighting the actual events on the day and disproving lies in court by Gardai.

“Just last week we saw how video of the Debenhams workers mistreatment by the Gardai helped to expose what was taking place there.

“The notion of making such recordings illegal is a deeply draconian measure.”