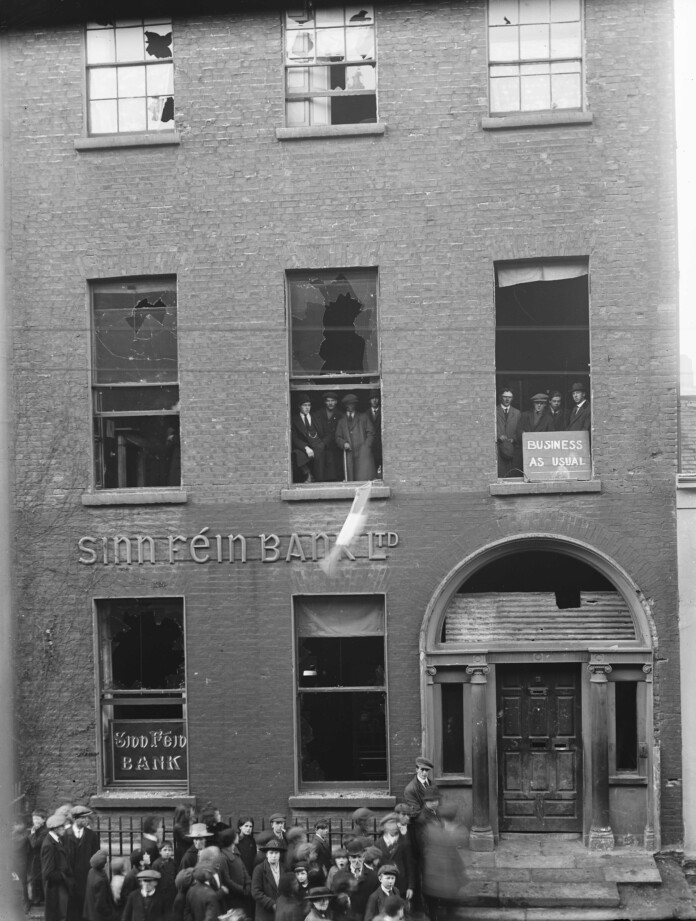 When walking along Harcourt Street most Dubliners aren’t aware they are very close to a truly mythical building.

That’s because number 6, Harcourt Street is known as the most historic house in Dublin.

Since its beginning in Georgian Dublin it has been home to a Unionist MP, Irish revolutionaries and a Catholic Saint.

It saw action in 1916 and played a key role during Ireland’s Revolutionary period including the decision to found Dáil Éireann and was also where Michael Collins had his office when Minister for Finance. 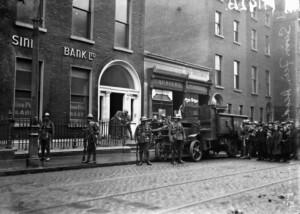 It has been Conradh na Gaeilge’s headquarters since 1966 and has played its part in rejuvenating the language in the capital city and nationally.

The story of the building itself gives a fascinating insight into how Dublin and Ireland changed through the years.

It’s walls have witnessed monumental decisions that have had far reaching consequences.

It was a symbol of hate but also one of hope, of oppression but also new possibilities.

A cradle of thought, debate and action that that helped mould life in Ireland. 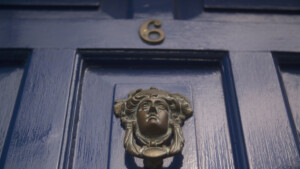 A new documentary for TG4 looks at the fascinating history of this building and will air on Wednesday 14th April at 9:30pm.

Harcourt Street was developed in the late 1700’s at a time when Dublin was the 6th biggest city in Europe and bigger than New York or Boston.

Hans Blackwood a son of Sir John Blackwood MP built the house in the 1786.

Hans was married to Mehetable Temple, the daughter of a British Army Captain who fled America when the United States of America was established.

The building was let to the Catholic University in 1854 and its proctor John Henry Newman  lived in the house. 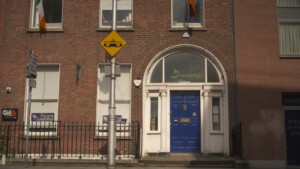 In 1910, Alderman Tom Kelly bought the building for the Sinn Féin Bank. The 1918 election was planned from number 6, which was the first election that women were allowed to vote in.  On the 19th December 1918, the decision was made in 6, Harcourt Street to establish Dáil Éireann.

‘Uimhir 6’ uses interviews with renowned historians and experts in their fields, archive footage and reenactments as well as eye witness testimonies to give context to each changing era of this story from the Georgian Dublin of Grattan’s Parliament to a vibrant centre of Irish language today.

Cóilín Ó Cearbhaill (Director) said: “Uimhir 6’ shows that in history the only thing that is guaranteed is change, and that often actions by small groups of people can lead to great change. The walls of ‘Uimhir 6’ have witnessed era defining events and decisions and seeing the changing history emerge through the house and its residents in the places where they happened brings the story to life.”

Evan Chamberlain (Producer) said: “Uimhir 6’ was developed by New Departures Media and supported by TG4 and the BAI. It is a remarkable story about a remarkable building that many people walk by but few know it’s history or the role it has played in shaping life in Ireland today.”