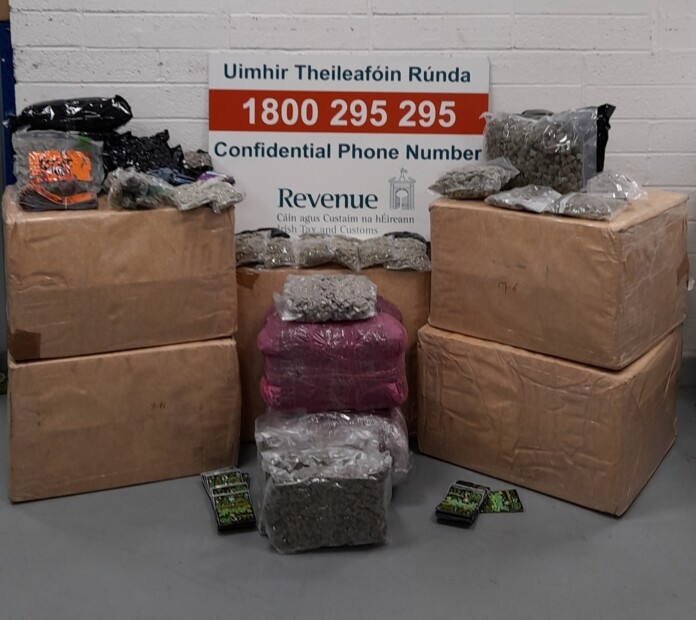 Revenue seized over 99 kilograms of illegal drugs yesterday as a result of routine search operations in Dublin and Athlone mail centres.

Herbal cannabis, cocaine and khat – a plant, which when chewed, causes similar effects to amphetamine – were seized.

The illegal drugs have a combined estimated value of over €225,000 and were discovered in over 50 separate parcels that arrived from the UK, the USA, Canada, Kenya and Spain.

In a statement, Revenue says the parcels “were declared as items such as ‘fishing bait’, ‘keychains’, ‘art supplies’ ‘green tea’ and ‘sports shoes’ and were destined for delivery to various addresses across the country.

“The seizures were made with the assistance of Revenue detector dogs operating in each mail centre, both named Bailey.

“These seizures are part of Revenue’s ongoing operations targeting the importation of illegal drugs.

“If businesses, or members of the public, have any information regarding smuggling, they can contact Revenue in confidence on Confidential Phone Number 1800 295 295.”