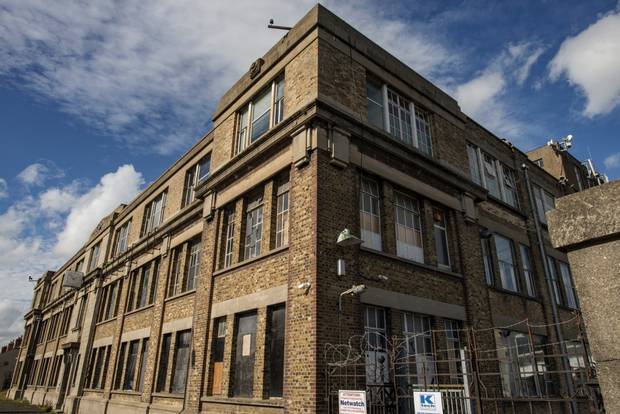 An Bord Pleanala’s decision to give the go ahead to the proposed co-living development at the old Player Wills building in Dublin 8, has been described as “devastating,” by local residents.

The project, which is being proposed by US-based property developers Hines, will see the construction of 732 apartments, incorporated into the old cigarette factory.

A third of the apartments will also be co-living units – an aspect of the scheme which has been highly controversial.

Minister for Housing Darragh O’Brien signed off legislation banning the development of any further co-living complexes in December last year with Hines submitting its plans six days beforehand – meaning the project could progress if approved by ABP.

The development is phase two of a larger project which also includes the development of 416 units and a 16-storey apartment block on the former Bailey Gibson plant nearby.

The Bailey Gibson development has also been given approval by ABP but is subject to a high court review, submitted by local residents.

“There’s no developments as egregious in this in Dublin,” says Stedman. “I can’t speak for the residents association, but for myself, I’m disappointed but not surprised that permission was given.”

Among the objections raised by local residents is the height of the apartment blocks which will reach 19-storeys, the density of the units, the co-living aspect of the development and the lack of true public consultation from the developers.

“We’re going to have to live with this for years,” says Stedman.

“There are 120-year-old tiny red-brick houses that will be towered over by the apartment blocks.

There are 70, 80, 90-year-old women who will have to deal with the construction for the next five years,” he says.

Over 180 submissions were made by local residents objecting to the proposal with An Board Pleanala’s inspector report agreeing that the scale and height of the development was inappropriate for the area.

The report said that the height will impact the streets and amenities in the community.

However, Dublin City Council said that the development would comply with the objectives of the site and ABP granted permission.

Local Labour councillor Darragh Moriarty told Southside People that it is in “everyone’s best interest that this site is developed.

“But how sustainable is this development?” he says.

“This community is not against housing.

Moriarty and Stedman both say that the lack of communication between Hines and local residents has increased tension between the stakeholders.

“They need to step up their game in terms of engagement,” says Moriarty.

“It truly wasn’t a two-way conversation and it has caused friction and tension.”

Stedman says that 3D models and schematics for the proposal were also not provided to the residents during the consultation process.

“How is this allowed?” he says.

“There were only 2D drawings provided to the residents so we never got a clear picture of how it is going to look.”

The Dublin 8 Residents Association says it will continue to fundraise to file for a judicial review, similar to the Bailey Gibson case, says Stedman.

However, the ruling on that case is due in six to eight weeks but the deadline to file for a review of the Player Wills development is in five weeks – meaning residents will not know the Bailey Gibson judgement before they once again submit for a review.

“Our proposal responds to the significant housing need that exists in Dublin at this time in line with the current policy backdrop now in place to facilitate its early delivery.

“Hines and APG are delighted to be in a position to be able to deliver much needed residential accommodation and extensive new amenity, community and outdoor recreational spaces which will benefit all residents across this development as well as the wider neighbourhood of Dublin 8.”

Hines did not respond for a comment on the concerns raised by local residents.

“As disheartening and frustrating as this assault on our neighbourhood has been, our community will continue to fight as much as we possibly can to have our voices heard and concerns addressed,” says Stedman.

“Otherwise, we will be left with staring at these completely out of character overbearing anonymous tower blocks for decades thinking to ourselves “did we do as much as we could?””

By Brion Hoban A man who sold the details to his bank account which was then used to launder €10,000 has avoided a jail term...
Read more
Southside

An Bord Pleanála has given approval for the construction of a seven-block apartment complex at Golf Lane, Carrickmines. The proposal, submitted by Bowbeck DAC, consists...
Read more
- Advertisment -