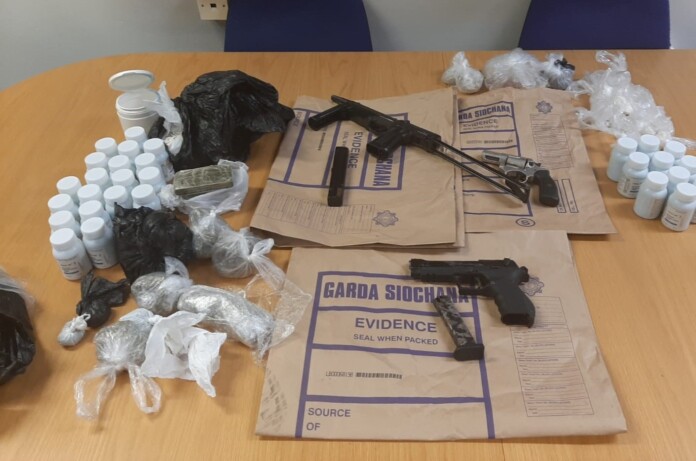 Gardaí seize €115,000 of drugs and three firearms in Clondalkin search

Gardaí seized €115,000 worth of illegal drugs and three firearms in a search yesterday in Clondalkin, Co. Dublin.

In a statement, a Gardaí spokesperson said: “At approximately 3.30pm, Gardaí on patrol in the Clondalkin area seized two vehicles under Section 41 of The Road Traffic Act.

“A full search of both these vehicles was carried out.”

Gardaí say that “a quantity of drugs and one firearm was seized from the first vehicle. I

“n the second vehicle, a further quantity of drugs and two firearms were seized.

“The drugs seized, comprised of Cocaine, Heroin and tablets (all pending analysis). They are estimated to have a value of €115,000.”

The firearms, along with ammunition, were seized from the vehicles and were sent for further analysis.

Superintendent Paul Dolan said: “This is a significant seizure of weapons and illegal drugs.

“We would like to reassure the public that An Garda Síochána are taking all measures to tackle criminality in the community and keep people safe.”

No arrests have been made at this time. Investigations are ongoing.