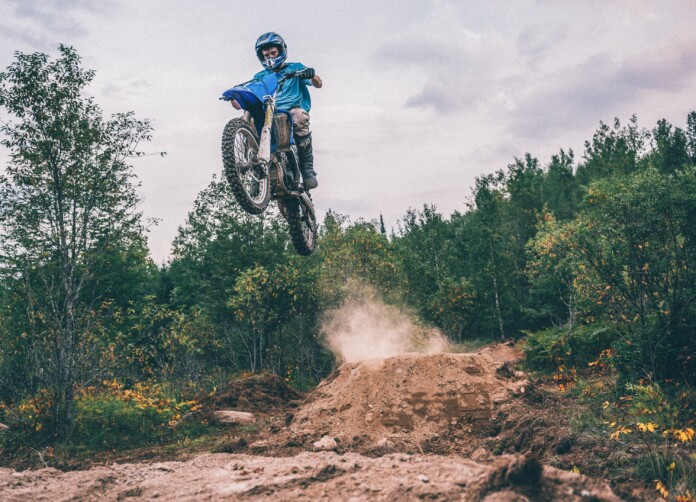 CABINET recently signed off on a proposal which prohibits the use of a scrambler or quad bike on public or private land without the permission of the landowner.

Gardaí will now have the power to seize the off-road vehicles or enter a premises with a warrant and confiscate them.

However, the use of the vehicles on private land, where permission has been given by the landowner, will still be permitted.

The new laws will be legislated under the upcoming Road Traffic (Miscellaneous Provisions) Bill, which Minister for Transport Eamon Ryan said will tackle the “anti-social use” of the vehicles.

According to the HSE, 62 people were injured last year in accidents involving scramblers or quad bikes.

Minister Ryan said he hopes the new measures will “reduce the risks of death and serious injury”.

Calls for more legislation on the use of quad or scrambler bikes has been cross-party – with incidents involving the vehicles occurring throughout the county.

“The legislation will introduce three specific measures,” he said.

“Scrambler bikes will now be prohibited on public or private land, except in cases where there is permission from the landowner.

“This proposed new offence will cover places such as parks, green areas, waste ground and beaches. The use of vehicles on private lands, such as farms, will not be affected.

“An Garda Síochána will for the first time, also be enabled, on foot of a warrant, to enter a private premises and remove a vehicle suspected of having been used contrary to the new offence.

“The scourge of loud, intimidating scramblers and quad bikes on public roads and parks is currently destroying the quality of life in many estates throughout the country.

“Streets and parks that should be local amenities are being transformed into no-go areas by dangerous driving on scramblers.”

“These new measures, together with other avenues being developed by the Interdepartmental Group set up to examine the misuse of quads and scramblers, aim to educate young people and their parents away from considering scramblers to be harmless toys, and to make them aware of the serious legal and safety consequences of allowing their children to use such vehicles,” concluded Deputy Lahart.

A Department of Transport spokeswoman said the timing of the new law being passed “will depend on drafting of the provisions and the availability of Oireachtas time.”

She said: “It is the Minister’s intention to pass the legislation as soon as possible.”