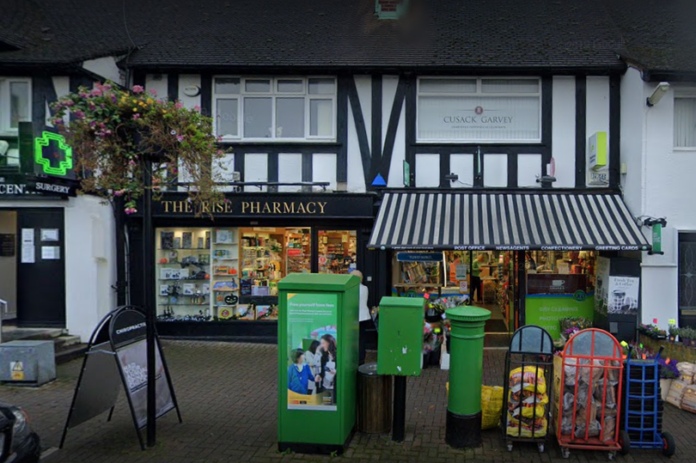 Gordon criticised ministers and TDs over miscommunication about the closure of the post office and has called on Minister Eamon to provide clarity on the matter.

Gordon said: “A drip-feed of information over 24 hours on the closure of Mount Merrion Post Office, was characterised by local TDs, including two Ministers, trying to one-up each other on social media.

“This is disrespectful to locals. No one should play politics with an important local service.
“Governing by Twitter is causing confusion and badly serving locals who are shocked by the possible closure of their post office.

Gordon said he has compiled a timeline of events over 24 hours detailing various statements by TDs and Ministers on what he called a “day of dysfunction”.

“If you look back over the contrasting statements made over a day, you can almost see the cogs turning in TDs heads as to how to get ahead of one another.

“I’ve said locals deserve straight answers, and TDs are failing to offer them.

“Members of the same Government trying to outdo each other on this important local issue is a microcosm of the Government’s miscommunication problems.”

It is now understood that the advertisement for a postmaster to run the amenity will be published for a fourth time, with the hopes that the post office will be kept open.

However, if no one is hired by March 31, the post office will close as planned.

Gordon says: “What is Government going to do to make this role, and the many others across the country, more attractive at the fourth time of asking?

“How does anyone expect to carry out a recruitment process and get a postmaster in place in the space of a month?

“What is the plan for the post office and for locals if recruitment is unsuccessful?

“I am asking for An Post and the Minister for Communications, Eamon Ryan, to set out clearly all the facts as they relate to Mount Merrion Post Office and its continued operation.

“Local TDs have lost control of the situation and cannot work together to find a solution for people in Mount Merrion.

“Unfortunately, Ministers scrabbling around to solve this at the last minute was all completely preventable.

“Action was needed sooner to actually change things, and inaction has led to the possible closure of Mount Merrion post office and the recent amalgamation of the Goatstown post office at Lynam’s with the one in Windy Arbour.”