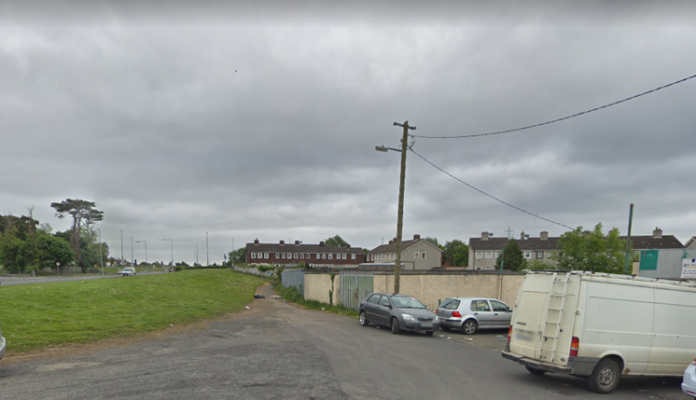 A local councillor has spoken out about the “appalling conditions” in which Balgaddy residents are living in.

Sinn Fein councillor for Palmerstown, Lucan and North Clondalkin, Derren Ó Brádaigh says the problems within the 400-unit housing development were apparent when they were first built between 2004 and 2007.

Ó Brádaigh says Balgaddy is now a “forgotten community,” as numerous appeals to improve the living conditions of the area have fallen on deaf ears.

“Balgaddy sits on the fringes in between both Clondalkin and Lucan and as such seems to have acquired a ‘no man’s land’ status over recent years, or at least this is how many, let down ordinary decent residents would describe,” he says.

“They simply feel abandoned by both the local authorities and government.

“As a party activist having worked within a dedicated core Sinn Féin team in the local area, I am familiar with the plight of residents within Balgaddy.

“I have knocked doors here many times as part of our routine weekly community engagements down the years – the purpose of which is to simply listen to residents outside of our otherwise fast paced canvasses during election times.

“The focus being on detailing the issues and raising matters to where they need directing,” he says.

Ó Brádaigh says that the houses in the estate have “structural issue” that “are almost to exhaustive to list.”

“Amongst the litany are serious problems with dampness, condensation and mould, structural cracks, both inside and out, sewage problems, leaks from poorly built roofs and faulty heating systems.

“This is compounded by disproportionately high unemployment in the area with drug dealing, illegal dumping and general anti-social behaviour amongst the problems.

“The Covid-19 pandemic has exacerbated the issues – as we know it is those in low income and disadvantaged areas that have particularly felt the brunt from the curtailment of services.”

A recent local policing forum that was held held online discussed the ongoing problems within the Balgaddy estate and how help can be offered to the residents.

“My intention going forward is to follow through with the representation and past work of my party colleagues in Balgaddy,” says Ó Brádaigh.

“It was at this meeting that I expressed my concerns at the lack of progress toward resolving some of the challenges facing this beleaguered community.

“I was encouraged to see other local area councillors taking an interest here and I was very happy to support a recent motion initiative that supports a joint approach in terms of finding resolutions on some of the immediate issues.

“Singular motions were lodged with both the public realm and housing departments within the council by each councillor present and a combined motion also submitted requesting recognition for urgent works to be prioritised on behalf of Balgaddy Residents and NCCDP.

“A meeting with the head of housing in South Dublin County Council has also been requested ahead of the next Palmerstown-Lucan-North Clondalkin area committee meeting.”

The Sinn Fein councillor says that “a greater commitment” is needed from local and central government to dedicate support to the community and “restore some of the basic living standards that have been missing for far too long.”

“Following on from this week’s area committee, I will be calling on the council to develop a cross departmental task force, including residents, Guards and other relevant stakeholders.

“The reason I am calling for this, is so all issues in Balgaddy can be dealt with holistically and with community collaboration.”