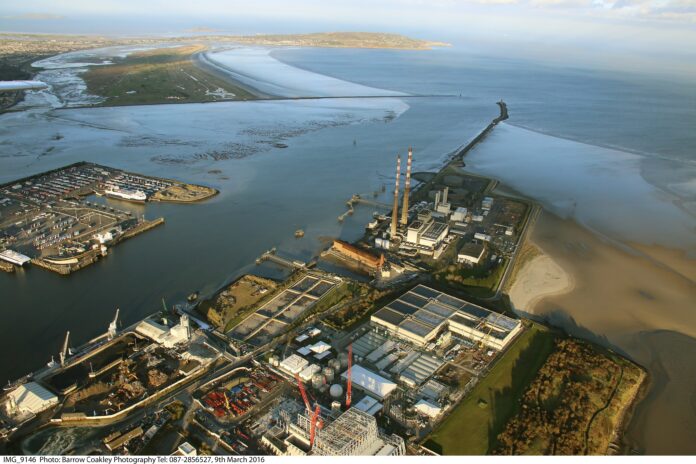 Irish Water is set to begin upgrading the Ringsend Water Treatment plant because it is curently “overloaded” and not in compliance with EU Law.

The South Dublin plant, which treats approximately 40% of Ireland’s public wastewater, is not complying with the EU’s Urban Wastewater Treatment Directive.

This is because Dublin Bay is designated as a “nutrient-sensitive water body” under the EU’s water directive which means Ringsend has to provide additional treatment to wastewater to reduce nitrogen and phosphorus levels.

In excess nitrogen and phosphorus can promote algae blooms, which reduce oxygen in the water and can kill fish.

The contractors, CAW, TES and Farrans, will introduce a new technology called aerobic granular sludge (AGS) to allow a greater volume of wastewater to be treated to a higher standard.

Jean Hobbs, Project Manager with Irish Water, said: “Having adequate wastewater treatment infrastructure is essential to safeguard the environment and to facilitate housing and commercial development.

“These works will allow the wastewater generated every day in our homes, schools and workplaces to be treated in compliance with the EU and national wastewater treatment regulations and returned safely to Dublin Bay.”

In February 2018, the work commenced on the first element, the construction of a new 400,000 population equivalent extension at the Ringsend Wastewater Treatment Plant.

These works are at an advanced stage with testing and commissioning stages expected to be completed in the first half of 2021.

Wastewater from Dublin has been treated in Ringsend since 1906.

Built in 2005, the current plant is the largest in Ireland and was designed to cater for an equivalent of 1.64 million people.

The plant is operating over capacity; the average daily load received at Ringsend Wastewater Treatment Plant in 2019 was 1.98 million population equivalent with peaks well in excess of this.

The plant serves the Greater Dublin Area, with networks stretching from the city centre to suburban areas such as Dalkey, Rathcoole, Clondalkin, Blanchardstown/Mulhuddart, Dublin Airport and Howth, and parts of Meath such as Dunboyne, Clonee and Ashbourne.

A father-of-four who transported over €190,000 of cannabis as a favour for a friend has been jailed for four years. James Preston (40) had been...
Read more
Northside East