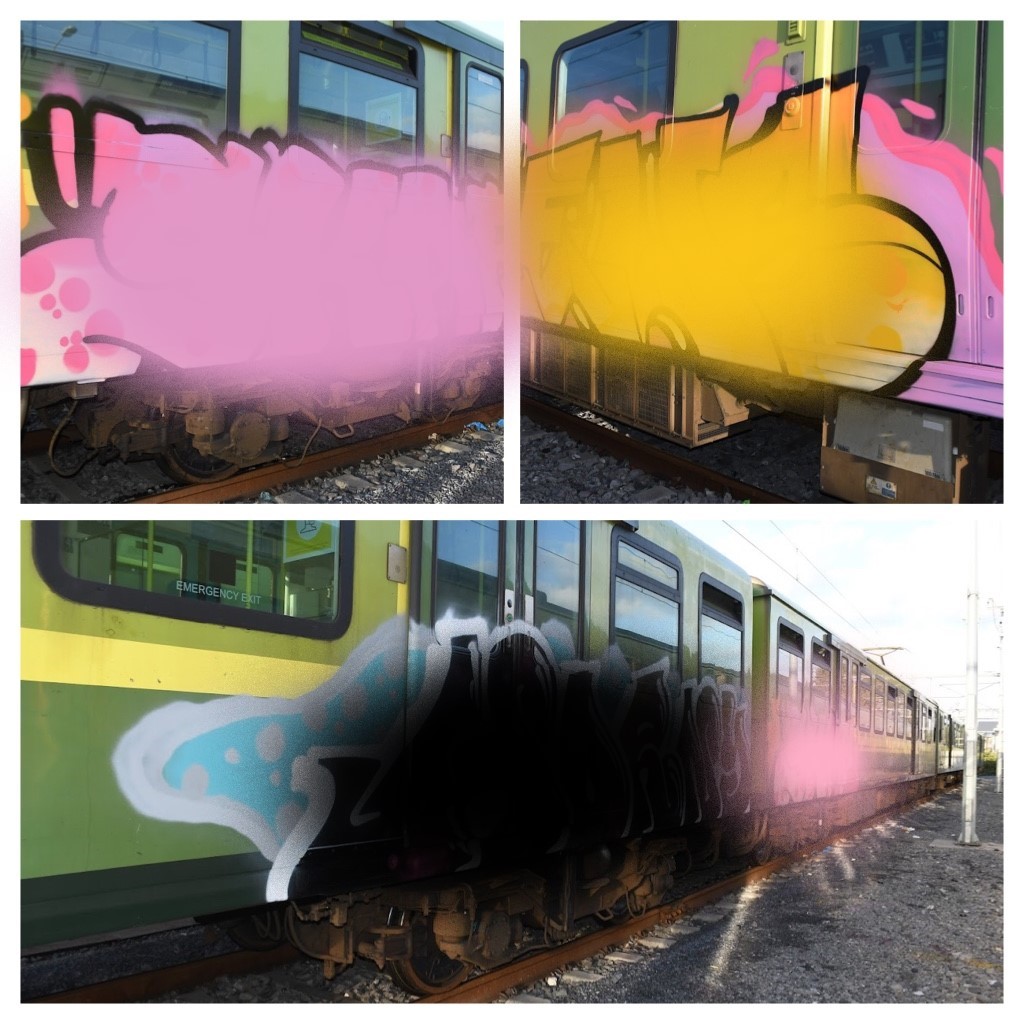 An inter-agency operation was established involving Gardaí in DMR North and Iarnród Éireann targeting incidents of graffiti and criminal damage to train carriages on the North Dublin train line.

As part of this operation Gardaí conducted patrols of rail lines over the past weekend in an effort to target groups involved in this activity.

While on patrol on Sunday afternoon, a number of people were detected spraying graffiti on a train carriage at Clontarf Train Station.

Three males, aged in their 20s, were apprehended by Gardaí and arrested.

They were taken to Clontarf Garda Station where they were detained under Section 4 of the Criminal Justice Act, 1984.

All three have since appeared before the courts charged in connection with the case.

Graffiti resulted in carriages being removed from service for a time and costly repairs.

The investigation is ongoing.