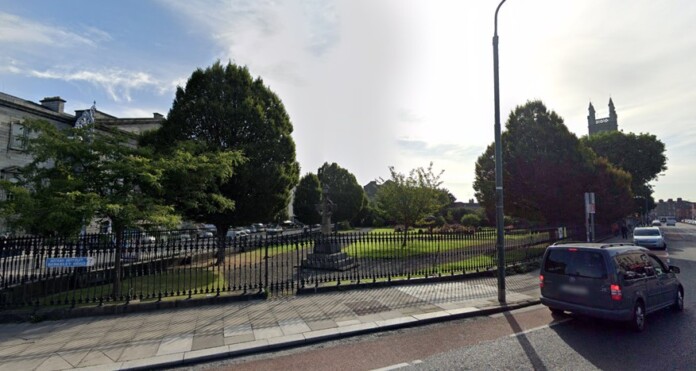 In Phibsborough, a private park maintained by DCC remains closed to the public

LOCATED on the corner of Eccles Street and Berkeley Road in Phibsborough, a gated park is pruned, maintained, and generally well cared for on a regular basis.

First landscaped in 1963 before John F Kennedy’s visit to Ireland, the piece of land lay on Kennedy’s planned route to Áras an Uachtaráin, so the development of the green space was made a priority.

However, the park is not open to the public, nor has it ever been.

It is owned by the Sisters of Mercy, located in the nearby Mater Convent and maintained by Dublin City Council Parks Biodiversity and Landscape Division, which is funded by the local authority.

The council says that it looks after the private space “in the interest of providing a well-maintained and important visual green amenity to the City.” 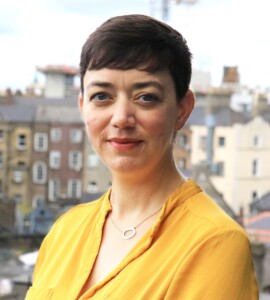 Green Party councillor Janet Horner (pictured above), who tabled a question asking the council to open the park says the local authority’s involvement in the space “irritates” her.

“I understand that the park has never been open,” she told Northside People.

“It was landscaped for the first time in 1963 as it was on the route for JFK to visit the Aras.

“Since then, it has been maintained (by DCC I think – certainly in recent years) but not open to the public.

“This is a real pity as it would be a great amenity in the area if people had access to the park.”

At a recent Area Committee meeting, Horner asked the council about the status of the park and if it could be open for public use.

In response, the council said that it has been maintaining the park on behalf of the Sisters of Mercy, but did not disclose for how long, and that it “shall examine the feasibility of opening the park to the public and report on the matter in due course.”

When asked for how much the council spends on the preserving the park, DCC told Northside People that “we don’t have a costing on the maintenance of this park.
“DCC has approached the Sisters of Mercy in the past but no agreement was reached to open the park to the public.”

Horner says that the park is due to be purchased by the council via a Compulsory Purchase Order (CPO) to allow for the development of a nearby Metro station.

However, it may take a few years before that comes to fruition.

“The future plans for the park include it being CPO-ed to build the metro station and then the park will be open to the public,” she says.

“But that might take a long time to come through.

“And in the meantime, our city centre neighbourhoods have so little access to green spaces and parks and all these small spaces can be incredible valuable to communities and should be opened up as much as possible.”

The park is also included in the Local Environmental Improvement Plan 2017-2022 for Phibsborough which was published by the council in January 2017.

In it, the council says: “It is an objective to open up this park during the day for the public to enjoy, and also to improve the setting and relationship between the park and the Mater Misericordiae building across Eccles Street.

“Recent enhancements to the street here have resulted from the removal of car parking and the introduction of dublinbikes.”
However, Horner says that there has been little-to-no progress since the publication of the report.

“It is part of the LEIP for 2017-2022 to work with the Mater to try to get it opened but so far there has been little movement on it,” she says.

“I will definitely be pushing it.

“I know the residents of the Berkeley Road Residents Association would also be keen to see it progressed.”