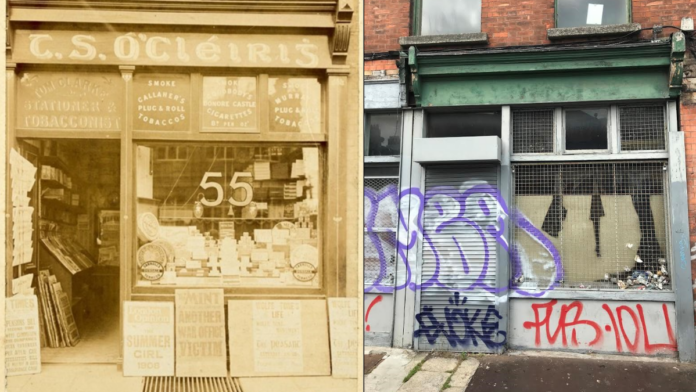 MANY historians say that without Tom Clarke the 1916 Rising may not have happened.

In 1878, at the age of 20, he joined the Irish Republican Brotherhood (IRB) In August that year, after a member of the Royal Irish Constabulary (RIC) had shot and killed a man during riots between the Orange Order and the Ancient Order of Hibernians in Dungannon, Clarke and other IRB members attacked some RIC men in Irish Street.

They were driven back, however, and Clarke, fearing arrest, fled to the United States.

In 1883, Clarke was sent to London, under the alias of “Henry Wilson” to take part in the Fenian dynamite campaign advocated by Jeremiah O’Donovan Rossa, one of the IRB leaders exiled in the United States. British authorities were already following those involved, aided by informants, and Clarke was arrested in possession of dynamite, along with three others.

He was tried and sentenced to penal servitude for life on 28 May 1883 at London’s Old Bailey He subsequently served 15 years in Pentonville and other British prisons. In 1896, he was one of only five remaining Fenian prisoners in British jails and a series of public meetings in Ireland called for their release.

Following his release in 1898 he moved to Brooklyn in the United States where he married Kathleen Daly, 21 years his junior, whose uncle, John Daly, he had met in prison. Clarke worked for the Clan na Gael under John Devoy.

In 1906 the couple moved to a 30-acre (120,000 m2) farm in Manorville, New York, and bought another 30 acres there in 1907, shortly before returning to Ireland later that same year.In Ireland, Clarke opened a tobacconist shop at 55 Amien Street and immersed himself in the IRB.

His shop became an underground hub of revolutionary activity where Clarke nurtured around him a group of young radicals who where to form the nucleus of the Rising .
Last week it was announced that funding of €50,000 under the Irish-language shopfront stream of the Historic Structures Fund (HSF) for conservation and restoration works at 55 Amiens Street.

The funding will contribute to the conservation and restoration of the original Irish-language shopfront, while supporting the structural works necessary to safeguard this part of the building.

It will also assist with the reinstatement of the gilded signwriting on the shop windows. The funded works will help commemorate an important era of Irish history and are part of an overall plan to bring this historic, protected building back into use.

The project is being overseen by Dublin City Council and, on completion, the building will house community, cultural and social enterprise.

Through the investment of capital funding in our valuable built heritage, the HSF assists owners and custodians of historic and protected structures across the country to safeguard them into the future for the benefit of communities and the public.

Last week’s announcement follows the award in April of €3m towards 85 other projects under the HSF.

Commenting on announcement of the funding, Minister Malcolm Noonan said:

“I am delighted that my Department along with the Department of Tourism, Culture, Arts, Gaeltacht, Sport and Media is providing funding towards this very exciting project.

“The use of the ground floor by the Irish Republican Tom Clarke makes 55 Amiens Street a very significant historical building, and the restoration of the shop frontage with the traditional Irish sign writing will be the first step in bringing this important building back into use for the local community.”

Minister Catherine Martin also welcomed the announcment of the funding.

“I am pleased to be working with the Department of Housing, Local Government and Heritage in helping Dublin City Council breathe new life into no 55 Amiens Street. When Tom Clarke had his shop here, it was illegal to have signage in the Irish language.

“The restoration of this signage under the HSF not only commemorates an important chapter of our history but is a celebration of our language.

“I am very much looking forward to seeing this project come to fruition.”