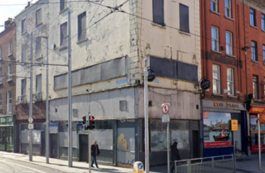 Sinn Féin North West Inner City Councillor Janice Boylan has spoken out against the selling off of prime land in the city centre at a loss to a private developer.

Dublin City Councillors were asked to sell a site in the city centre at a discount of €250k to a developer only to buy back six homes on the site at market value.

“DCC should be leading the development of this site instead of selling it off.

“Fast forward to 2021, DCC management now want to sell it off for €550k to a private developer.

“City Council will then look to buy the six apartments built on the site back at full market value.

“This is public money being used to bank-roll private developers at huge cost to tax payers.

“No way could the Sinn Féin group support this.

“I am disappointed that Councillors who say they support public housing on public land could support this bad deal for housing and bad deal for Dublin.”