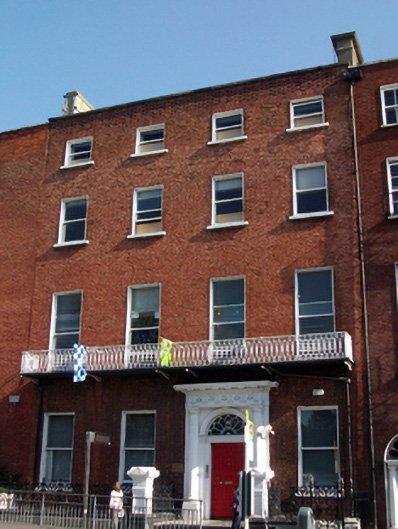 Labour Party Senator Marie Sherlock has branded as “shameful” the ongoing, protracted delays to the development of a new school building for bunscoil Coláiste Mhuire in Parnell Square.

In an exchange with Minister of State Josepha Madigan, speaking on behalf of Minister Norma Foley on the floor of the Seanad yesterday, Senator Sherlock highlighted that six months on from a direct commitment to the parents, staff and wider school community that construction for the school would commence between July and September 2021, there are still no zero signs of progress.

“This school has faced an intolerable delay in getting a new school building,” Senator Sherlock said.

“Despite repeated assurances from the Department of Education over many years, the school still has no clarity as to when the school will be built.

“What is truly galling is that as much as €300,000 is being paid in rent by the Department of Education every year to a private landlord for a building not fit for purpose.

“It is appalling to think that this money paid over a 17 year period would have easily paid for a new school building and plenty more.

“The sense of frustration and anger on the part of staff and families in the school was palpable.

“In late 2020, the Minister for Finance Paschal Donohoe issued a direct letter to parents and the school to say that stage 2(b) of the Department’s planning process would be completed ‘within weeks as opposed to several months’ and that construction would commence between July and September of this year.

“In the Dáil, Minister Foley confirmed in writing to Aodhán O’ Riordan TD that stage 2(b) would be submitted to the Department no later than November 2020.

“Among the 367 schools earmarked under the school’s construction programme across this State, it is clear that time and again Coláiste Mhuire is falling through the cracks and is not being prioritised.

“We will not allow this situation to continue.

“There is a wonderfully diverse tight knit community in the school who are thriving despite all the serious shortcomings of the school building.”