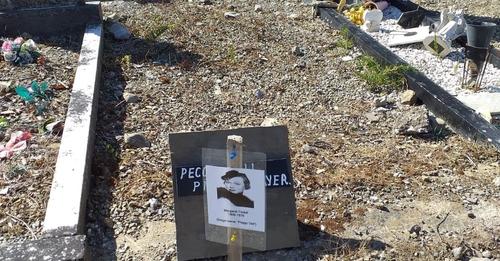 A FUNDRAISING campaign has been launched to pay for a headstone for a Dublin music legend.

Margaret Tisdall better known by her stage name Peggy Dell, was a singer and pianist who became a popular music hall entertainer.

Born in the Rotunda on January 8 1906, Northsider Peggy was raised on the North Circular Road and educated locally.

She made her first public appearance as a pianist in the Olympia, aged just nine, at the very same theatre where her father played flute with the pit orchestra.

At the age of 13 she was employed by Woolworth’s to play at their store in Grafton Street promoting the sale of sheet music. 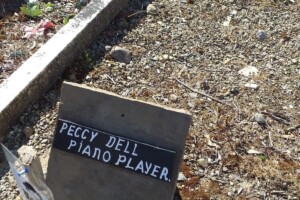 Before she was 20 she had formed her own band with four male musicians in improvised costume. Her exuberant performances made her a famous star and she she was noted as the first woman in Ireland with her own dance band.

In 1973, Gay Byrne asked her to take part in a special edition of The Late Late Show in honour of actor Noel Purcell.

Viewer reaction was so positive that she was given her own TV series on RTÉ called Peg O’ My Heart.

In February 1975, she won a Jacob’s Award for the programme.

From then until her death, Peggy Dell enjoyed renewed success as an entertainer, performing regularly on radio and television, as well as making live appearances.

In 1975 she released an album entitled Among My Souvenirs.
Peggy, who never married, lived at 15 Church Avenue, Drumcondra, until her death on April 30 1979.

She is buried in Glasnevin Cemetery.

Peggy had no family after she passed away but is well known in Dublin and worldwide for her active years.

Now, over 40 years after her death, one local man has been moved to start a campaign to buy a new headstone for her grave.

Dubliner Rob Twamley says he has decided to set up a GoFundMe page and honour Peggy’s life’s work by using the donated funds to purchase a headstone.

“So my former guitar teacher Jay Malone posted a picture on his Facebook of a plot in Glasnevin Cemetery, the same picture I have attached to the GoFundMe page,” Rob said.

“Peggy had no family after she passed away.

“She was well known in Dublin and worldwide for her active years, but her story doesn’t get heard anymore.

“I thought to myself, ‘well why not try and get a gravestone for this lady.’

“The internet has an amazing ability to highlight small things like this, and this is one that I believe deserves a couple of euro, from a couple hundred people and hopefully we can place a nice memorial in Glasnevin where she rests.”

Any readers who would like to donate to the fund please go to www.gofundme.com/f/a-headstone-for-peggy-dell-aka-margaret-tisdall