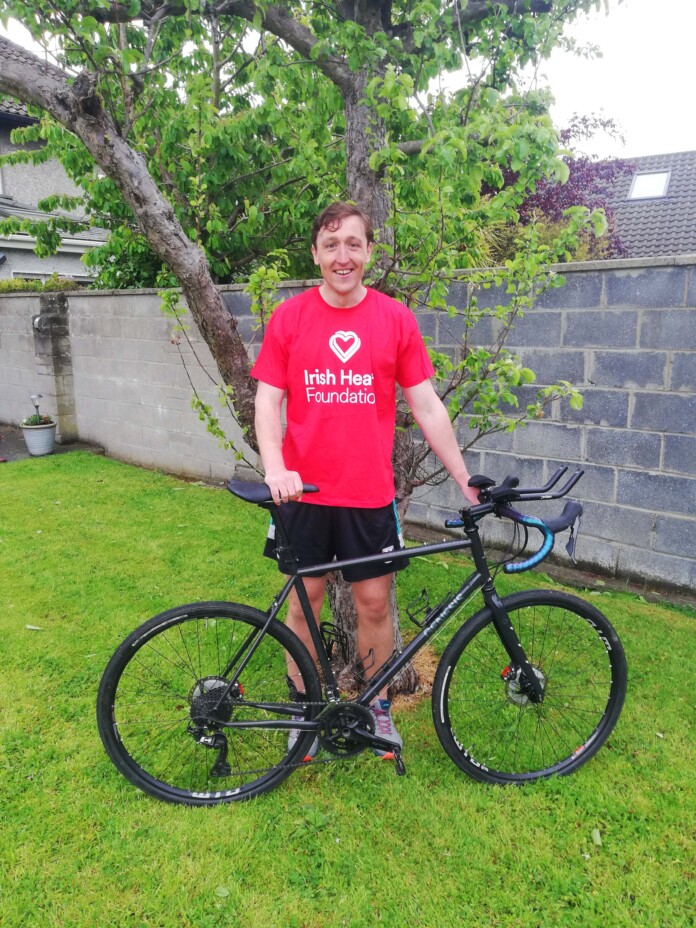 A GAA star diagnosed with a serious cardiac condition at 18, has urged the country to get on their bikes for the Irish Heart Foundation.

Former Dublin minor hurler Cormac Ryan is taking on the famous Ring of Kerry Charity Cycle to give back to the charity which supported him in his darkest hour in 2012.

But as the annual event can not go ahead in its usual form, the 28-year-old physio will complete the 170km cycle in Wilton, Cork, where he now lives.

Anyone who wants to do the ‘170k My Way’ trek can complete it in a day, a week or over a month between June 3 and July 3. It is hoped 10,000 people will take part – all cycling their own chosen route – with the Irish Heart Foundation among the charity beneficiaries in 2021.

At 18, Cormac, who won a Leinster minor hurling title with the Dubs, began to suffer with fainting and dizzy spells on the pitch.

His symptoms continued and he was fitted with a 24-hour Holter monitor – but just hours after leaving it back to hospital in February 2012, received an urgent call to attend the emergency department.

He was admitted to the coronary care unit and received his diagnosis of atrioventricular (AV) block.

It disrupts the electrical signals in the heart and can cause it to skip beats, leading to an abnormal heart rhythm and affecting the flow of oxygen-rich blood to the body.
Cormac, originally from Whitehall in the capital, was then told he would need to be fitted with a pacemaker.

“I was devastated…my first thought was hurling, because I was sport obsessed. Generally, with pacemakers, contact sport is out of the question,” he said.

His medical team inserted the pacemaker deeper into his chest wall and he was also provided with a special protective vest to wear so he could resume hurling, making it onto the Dublin U-21 panel and lining out for his club, Whitehall Colmcille.

Despite this, the experience took its toll and he became withdrawn for several years.

“For a year or two I got quite depressed, I wasn’t sleeping and I wasn’t very active,” he said.

“It can make you wrap yourself in cotton wool and be very hesitant to do anything, or it can give you a kick in the backside ….for me it was like a wake-up call, like a scare to make you embrace life and make the most of it.”

A range of supports from the Irish Heart Foundation helped him get back on track and
he has organised and participated in several gruelling cycles, raising thousands of euro for the charity and other organisations.

Since 1982, almost €16million has been raised for good causes through the Ring of Kerry cycle.

“Fundraising activities such as these are so vital to our work supporting patients,” said Anne Riordan, the Irish Heart Foundation’s Public Engagement Manager. “We are delighted we have been selected as one of the charities to benefit this year.”

*Registration for the cycle is now open, sign up to join the Irish Heart Foundation team on irishheart.ie. Entry fee is €35, plus post and packaging costs of €4 per t-shirt.