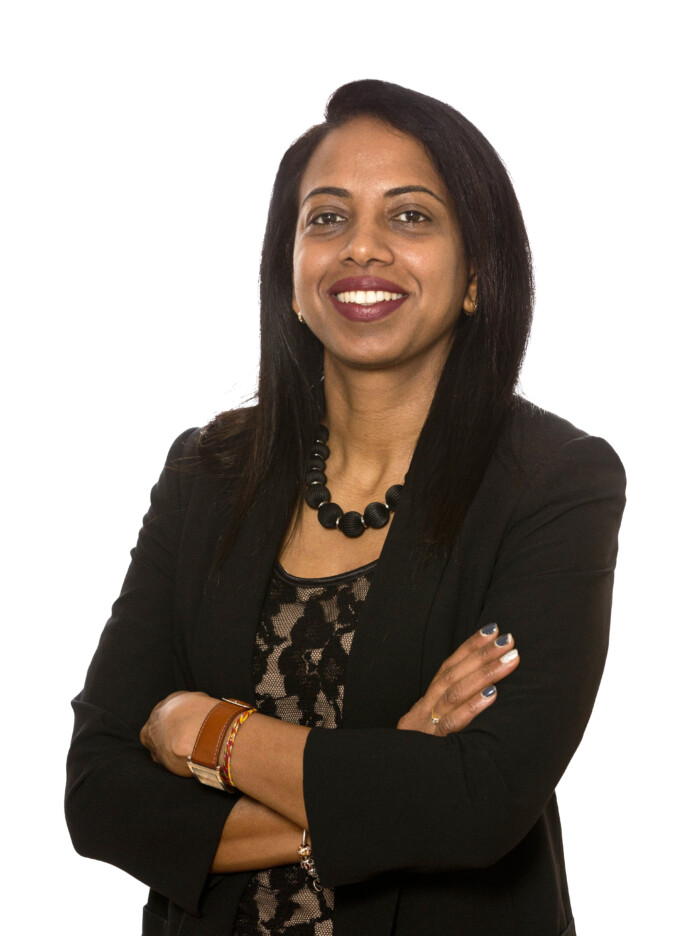 Local skatepark project will be a game changer for Dublin 15

DUBLIN West Fine Gael Councillor Punam Rane explains to Northside People how a local skatepark project will be a game changer for Dublin 15.

I am very pleased to announce the recent success of a motion I had submitted to install a skatepark in the Tyrrelstown Park.

This new amenity hopes to cater to the Tyrrelstown, Hollystown and Hollywoodrath area which has often been excluded from major developments in the Dublin 15 area.

The Tyrrelstown, Hollystown and Hollywoodrath area has had vast amount of land set aside specifically for development and particularly for housing development.

It is of great importance that we ensure housing developments do not outpace communal facilities and encroach on essential open space.

The Covid-19 pandemic has created a genuine need for more outdoor recreational facilities that will enable residents to get out and exercise in proximity to their home.

Several community leaders had expressed their concerns regarding the disparity between a large youth population and the dwindling recreational activities made available for them.

The area lacks a communal area with adequate space that is specifically for young people.

An outdoor facility needs to be implemented to provide this focal point for a youth population that will expand rapidly in the near future.

The community needs a sport facility that accommodates for youth who have phased out of the playground age group or for those who do not wish to participate in team sports.

Many teenagers and young adults have become isolated due to the lack of activities for their age range.

An appropriate facility would cultivate a better social experience for young people of all ages through the development of a new and vibrant sports community outside traditional sports.

Additionally, a recreational outlet would be an effective urban design strategy to tackle anti-social behaviour that is prevalent amongst the youth.

Equally to all developments, the facility would have to be space efficient, sustainable, and complimentary of the surrounding environment.

A skatepark very quickly stood out due to its versatile and durable nature.

Skateparks are world renown for catering to large populations as a space efficient sports facility that can be incorporated into any environment.

This single facility would entertain several popular sports, skateboarding, roller-skating and BMX to name a few, while using space in Tyrrelstown Park effectively and meeting all aforementioned needs of residents.

A skatepark would finally involve Dublin 15 in the recent development of modern communal facilities, as seen in Balbriggan and Skerries in recent years.

I had included these skateparks in my feasibility research along with several European examples in the motion that I had submitted. 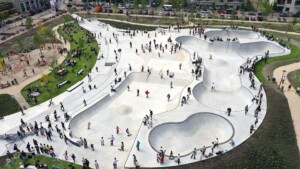 One of the most notable and recent projects was the construction of Zeeburgereiland Skatepark in Amsterdam (pictured above.)

The park was constructed for use by the youth population of Amsterdam and can accommodate several hundred people outdoors within a single facility.

The design is also heavily inclusive of greenery and offers an oasis in a highly urbanised setting.

Zeeburgereiland has since become a major attraction for the city and even hosts an Olympic team.

After researching the success of such a facility and the highly sociable setting it has brought to a densely populated area, I strongly believe a skatepark would be an efficient addition to the areas of Tyrrelstown, Hollystown and Hollywoodrath.

The skateparks implemented at Balbriggan and Skerries were game changers to their individual areas and were immediately very popular among the youth population.

These Irish projects served as pioneers for the type of sports facilities that will eventually be introduced across Fingal in the near future to accommodate modern sports.

Although very different in design, the two parks involved considerable attention to detail to produce a skatepark that would suit the needs of each community.

The same attention to detail will be required at Tyrrelstown park when the design process commences.

Safety is of utmost importance when designing a new facility, especially in a community where there are many young children present.

It is for this reason that I strenuously investigated the several safety measures that ensure a child-friendly experience in Irish skateparks.

The location of a skatepark plays a major role in safety as it does aesthetically.
A central location will exponentially increase the level of supervision in the park and protect young children from entering the park unaccompanied, as seen in the Skerries skatepark.

The design can also be adapted to a flat, plaza style, such as Balbriggan’s design, to exclude large drops that are often associated with skatepark injuries, while making the facility wheelchair accessible.

In my research, I can concur that the versatility of a skatepark makes it ideal for safety adaptions.

I am looking forward to more community involvement, getting the community on board and forming a task force to get this kicked off.