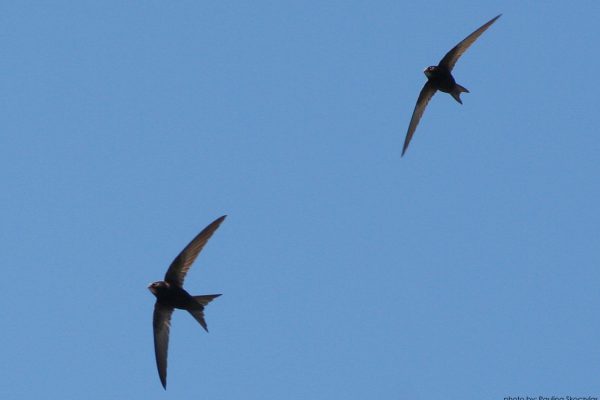 Fingal County Council has allocated funds to a Swift conservation programme in Castleknock, Dublin 15, after a bird colony was discovered in the village last year.

“A colony of swifts was discovered last year during our biodiversity place mapping project in St Brigid’s National School,” said the group.

“Now all of the local village schools will be getting new nesting boxes and ‘swift call’ equipment.”

“Following discussions, it was decided to fund their proposed project which involves erecting purpose-built communal Swift nesting boxes at four schools in Dublin 15.”

“Swifts are migratory birds and their populations are in decline.

“Erecting the boxes at schools is an effective way to create awareness and inform students and local families about Swifts.

“Footage from webcams inside the boxes will be streamed live. Devices to call the birds will be fitted on the nesting boxes to ensure that they are used.”

This attracts other younger breeding pairs to choose and use the new nests within the boxes.

The council also said that the schools were chosen due to a habitat survey.

“The need is based on results from a habitat survey in which the schools have been identified as ideal nesting locations for Swifts.

“The proposed funding is to purchase communal nesting boxes which could potentially support 18 nesting pairs of Swifts.”

Castleknock Tidy Towns said it is working in partnership with Swift Conservation Ireland and the four nominated schools to run the programme.

“This will encourage the colony size to grow and thrive over time.”

The group said that it was “lovely to think some of them have chosen Castleknock as their home.

“We will report on progress as it happens.”