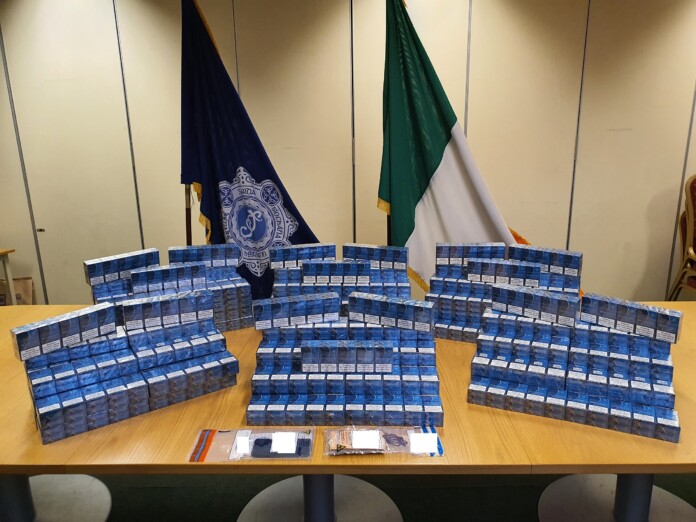 Man arrested on suspicion of money laundering after cash seized

Gardaí in Blanchardstown arrested a man in his 40s on Monday under the suspicion of money laundering after seizing cigarettes and cash.

In a statement, a Garda spokesperson said: “Shortly after 1:30pm DMR West Roads Policing Unit were conducting a checkpoint at Waterville Road as part of ongoing operations in support of public health measures.

“A car observed turning from the checkpoint was intercepted by Gardaí and during a search cigarettes worth in excess of €20k and €4,200 in cash was recovered.

“The occupant of the car, a man in his 40s, was arrested and detained under section 4 of the Criminal Justice Act, 1984 at Blanchardstown Garda Station.

“He has since been released without charge and a file will now be prepared for the Director of Public Prosecutions.”

Gardaí say that investigations are ongoing.