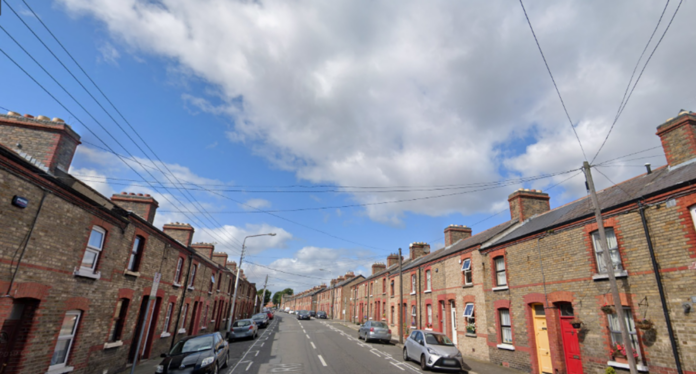 Stoneybatter residents are calling on BusConnects to amend its plans for the neighbourhood saying that “much work” needs to be done if the proposals “are to be acceptable to the local Stoneybatter community.”

Stoneybatter Pride of Place, a voluntary group comprised of local residents, businesses and community groups has published a document outlining its submissions to the National Transport Authority (NTA) regarding BusConnects and how the scheme will affect the area.

In the document, the group says that it has welcomed “some of the changes that have been made to the original Emerging Preferred Route (EPR) in response to issues we raised at our meetings with the NTA.

“However, we still have serious concerns about the impact of BusConnects on our community. We want better public transport and remain concerned that this should not be at the expense of our thriving urban village.”

The group listed an increase of traffic “on a number of residential streets” that will see the “creation of new rat-runs and the degradation of air quality,” as a particular concern.

It goes on to say that residents on Oxmantown Road, Aughrim Street, Prussia Street, St Joseph’s Road, and Kirwan street are concerned about the predicted increase in vehicular traffic and that many homes “do not have front gardens to act as a buffer against the increased traffic.”

The document also says that residents, “particularly those on the above streets, are concerned about the negative impact that traffic levels will have on air quality across Stoneybatter.”

The group says that the proposed plan to allow no vehicular access to Stoneybatter from North Circular Road will create a “circuitous route” for locals and visitors to the area. as

It says they will have to travel “along the North Circular Road, Infirmary Road, the Quays and back up Blackhall Place, down North King Street and back up Brunswick Street.”

“We believe the proposal to make Prussia Street a 24/7 Bus Corridor is flawed resulting in a series of complex and possibly unenforceable traffic restrictions which will inhibit local and visitor access to the village and create a series of rat-runs across a number of residential streets.

“There is a very real concern that Bus Connects in its present form will reduce Prussia Street, Manor Street and Stoneybatter to mere bus corridors, thereby ripping the heart from a thriving commercial village with 95 independent local businesses,” the group says.

“The experience of nearby Queen Street a once thriving street is cited by local businesses as an example of the existential threat of BusConnects to the village.”

The group also raised concerns about the impact the BusConnects route will have on local trees and greenery.

“Stoneybatter Pride of Place has been particularly active in promoting environmental initiatives in the area,” the document says.

“Local residents have invested considerable time and money in developing our green spaces and planters along Manor Street/Stoneybatter.

“We have a network of volunteers carrying out monthly clean-ups, planting and other activities.”

At a meeting with the NTA, Stoneybatter Pride of Place says that four trees originally earmarked for felling to make way for wider foot paths on Manor Street will now be retained.

“However, we are concerned that the maps provided have not reinstated the four trees and show just 14 of the 18 trees on Manor Street,” the group says.

“We remain totally opposed to the removal of any of our trees on Manor Street.”

Other concerns the document addresses include a lack of cycle lanes, the removal of two pedestrian crossings and the lack of low-emission buses.

The group says it looks forward to receiving “the outcome of the Environmental Impact Assessment from you (NTA) before a final application is made to An Bord Pleanala,” and that it remains available for a meeting to discuss the matter.