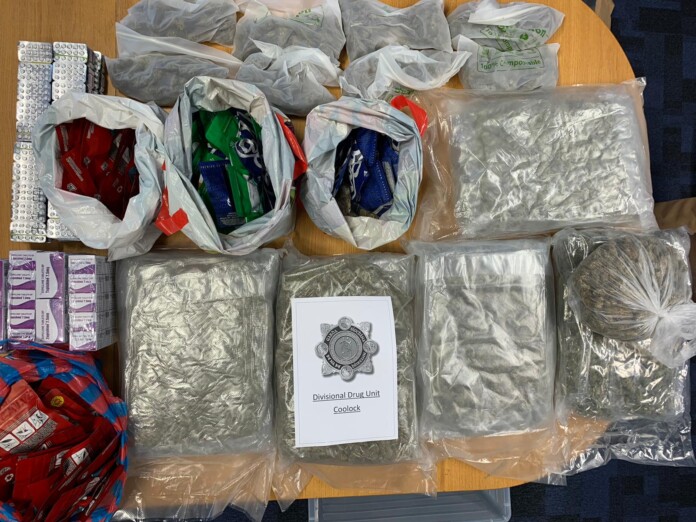 Gardaí have seized €167,000 worth of suspected cannabis herb and tablets following a planned search operation yesterday in Coolock.

The search was conducted yesterday afternoon of an apartment in Clarehall by Gardaí from Coolock, Ballymun and Swords Garda Stations.

During the course of the search 7kg of cannabis along with 11,500 tablets (analysis pending) with an estimated value of €167,000, was seized.

A man in his 20s was arrested at the scene and detained for questioning at Coolock Garda Station under Section 2 of the Criminal Justice (Drug Trafficking) Act, 1996.  He has since been released and a file will be prepared for the DPP.

This search was conducted as part of Operation Tara.