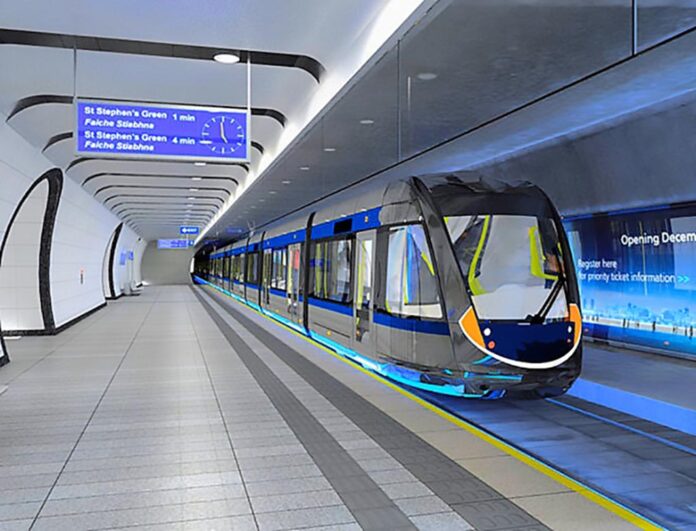 Social Democrats Fingal say Minister for Transport Eamon Ryan’s comment that he ‘hopes Metro North will be on track by 2034’ is ‘not good enough.’

Metro North was announced by the late Seamus Brennan in 2002, with the then Fianna Fáil Government promising it would be completed by 2007,” Social Democrats Fingal said in a statement.

“Then in 2011, Brendan Howlin and Leo Varadkar announced that the Fine Gael and Labour Government were shelving it.

Since then, Metro has mutated from one Government plan to another over decades.

“Residents of Fingal have had enough of gridlock.

“Right now, a long-term plan is needed on transport.

“Fingal is home to more commuters than anywhere else in the country.

“Bus Connects does not meet the needs of Fingal.?Commuters are forced into cars and then further penalised with lengthy queues and a toll on the M50.

“If there is no alternative to the car, then the M50 toll should be paused until a better transport option is provided.

“Government has bent over backwards to loosen planning laws to allow for Strategic Housing Development. Resources need to be prioritised within government to ensure this infrastructure proceeds as previously planned.?”

“Large towns like Blanchardstown, Balbriggan, Donabate, Howth, Lusk and Swords are not connected to each other.

“Planners have allowed suburban sprawl, and so better bus services need to reach all residents.

“Local Link has been developed in recent years to serve rural communities.

“This should be scaled up to provide for interconnectivity between towns in Fingal and to Dublin.? It should be frequent and affordable.

“Its nimble nature means it could be delivered within two years.? Fingal Council’s remit on transport should not only be in regard to roads and footpaths but transport provision too.

“Our residents have been failed by governments over the years.? It is time to bring transport service to people in their communities.  There can be no sustainability without proper public transport for Fingal.”