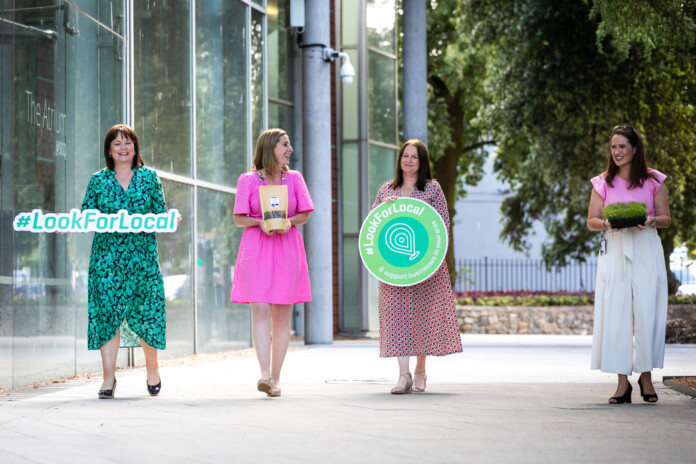 Female entrepreneurs and budding businesswomen from across Fingal are being encouraged to look to the future and register for this year’s National Women’s Enterprise Day after the lineup for the event was announced.

The Local Enterprise Office (LEO) initiative, now in its 15th year, will be hosted by founder and broadcaster Aine Kerr.

The free event, entitled “Build The Future”, will take place online on the 7th of October and will feature some of Ireland’s best-known female entrepreneurs, including Aimee Connolly of Sculpted by Aimee, Rachel Doyle of The Arboretum and Sharon Keegan of Peachy Lean, who was recently supported on Dragon’s Den UK.

Traditionally, National Women’s Enterprise Day has taken place locally with LEO Fingal putting on events for female businesswomen across the county. However, the event went online in 2020 due to restrictions and will take place online again this year.

The day’s programme will cover a whole host of areas on how to build the future of a business, covering topics like how to get started, internationalization, finding new markets, trading effectively online, sustainability and innovation.

This will be coupled with breakout rooms for networking and a host of one-to-one advice clinics for any business issues.

Fingal’s Derya Sousa of Kianda Technologies will participate in an intriguing spot light session as part of the event. Sheelagh Daly, Entrepreneurship Manager at Enterprise Ireland, will speak to Derya about how she managed to successfully enter into international markets and detail the supports available which helped her to do so.

Fingal Local Enterprise Office has confirmed that Ciara Garvan will feature as the leading light for Fingal. Ciara is a self-made business woman who established Work Juggle, a recruitment company which enables skilled professionals to discover suitable part-time, flexible, remote, and short-contract positions.

New figures released by the Local Enterprise Offices, who are funded by the Government of Ireland and supported by Enterprise Ireland and the Local Authorities, have demonstrated that the number of women engaging in entrepreneurship and business supports continues to rise.

The Mayor of Fingal, Councillor Seána Ó Rodaigh has stressed the importance of Fingal’s Enterprising Women’s Network stating: “The Council is very keen to ensure that women pursue their interest in both Enterprise and entrepreneurship and are given every encouragement and opportunity to explore this. I would thoroughly encourage budding businesswomen across Fingal to register for this year’s National Women’s Enterprise Day.”

Chief Executive of Fingal County Council, AnnMarie Farrelly said: “The National Women’s Enterprise Day has always been a day of celebration of the very best in female entrepreneurship and highlights the strength of that community.  This year is no different, but we are very much looking forward to helping female entrepreneurs in Fingal sustain and develop their businesses and ideas going into the future.”

Female entrepreneurs. The last 18 months have created huge problems for businesses across Fingal. However there had also been great opportunities and businesses have to be aware of them and grasp them.

NWED is going to look at the areas where you can build your business for the future and what supports are there to help you do that.  Everyone who registers and attends on the day will not only spend it with a fantastic community of female entrepreneurs and experts from around the country, but they will learn how to build their business or business idea for the future.”

Other participants on the day include Gerry Duffy who will be conducting an energizing session, Jenny Melia and Sheelagh Daly from Enterprise Ireland on Internationalisation and New Markets, Entrepreneurs Academy’s Noel Davidson on creating connections, Designer Aoife McNamara on starting a business and a host of others covering all sorts of topics from finance to trading online.

Those looking to attend National Women’s Enterprise Day can find more information and register for free here and join the conversation online using the hashtag #NWED.