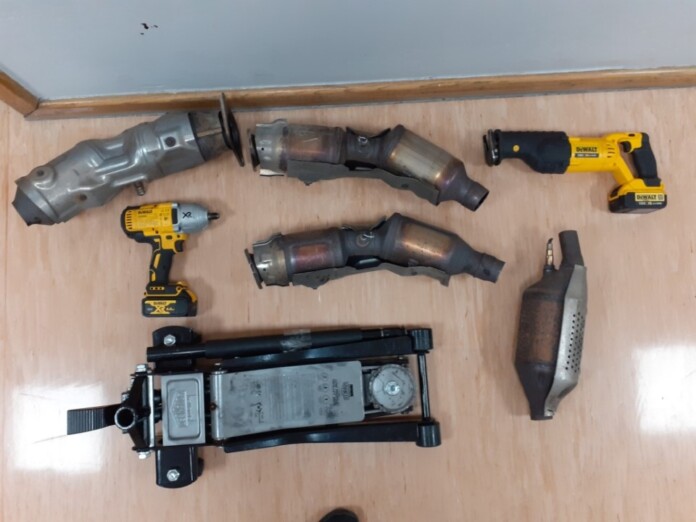 Yesterday, while in the course of ongoing investigations targeting persons suspected to be involved in organised criminality with regard to theft of catalytic converters, personnel attached to the Special Crime Task Force attached to the Garda National Drugs & Organised Crime Bureau (GNDOCB) and the Dublin Metropolitan District conducted an intervention on a number of vehicles in Clongriffin.

Two men (aged 21 years and one juvenile) were arrested for an offence under Section 73 Criminal Justice Act, 2006 at the scene.

Both persons were detained at Coolock Garda Station pursuant to Section 50 of the Criminal Justice Act, 2007.