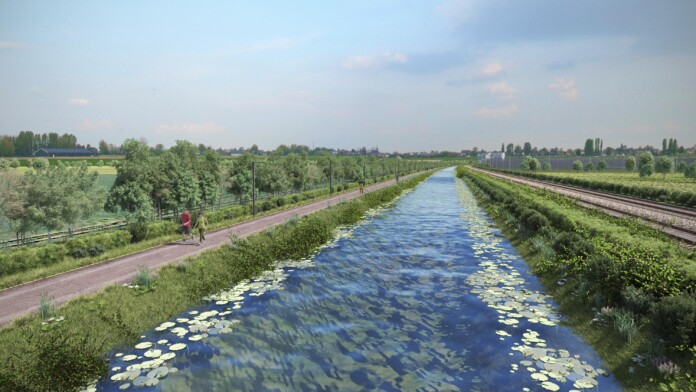 Fingal County Council has today opened a second round of public consultation on the Royal Canal Urban Greenway, a proposed pedestrian and cycle route along the Royal Canal tow path.

The route will operate from Castleknock through Blanchardstown, Coolmine, Clonsilla and Hansfield to the Fingal County boundary with Kildare.

To provide an opportunity for interested parties to give feedback on the potential route options, a six week online non-statutory public consultation will take place from May 25 to July 7.

Due to current public health restrictions on gatherings, it is not feasible to hold traditional, in-person public consultation events.

In lieu of this, a significant amount of background material is being made available on the Fingal County Council website and consultation portal, which can be accessed via https://consult.fingal.ie/en/consultation/royal-canal-urban-greenway .

Two information webinars are also planned for June 1 and June 8 and places can be booked at www.fingal.ie/royalcanalurbangreenway

This landmark scheme will deliver a nationally important piece of greenway infrastructure and is being delivered by Fingal County Council in conjunction with the National Transport Authority and Waterways Ireland.

Mayor of Fingal Cllr David Healy said: “I’m delighted to see further public consultation and the progression of these exciting plans for the Royal Canal Urban Greenway. This stretch of the waterside walking and cycling route will provide a vital connection between towns in the area, meeting recreation, tourism and transport needs.

“Recent months have proven the positive impact that enjoying the outdoors can have on both our mental and physical health and this important piece of infrastructure will be enjoyed by local residents and visitors alike.”

Fingal County Council Chief Executive AnnMarie Farrelly said: “We are looking forward to receiving the public’s submissions and I urge anyone who wishes to have their voice heard to participate in the consultation process. We take public consultation seriously and see it as a valuable and important opportunity to understand the needs of people and the environment they live in.

“The Royal Canal Urban Greenway has the potential to promote connectivity between a number of growing communities in Dublin 15, improving their connection to the wider Dublin area. The creation of green infrastructure, and the provision of safe outdoor spaces, remains a key priority for Fingal County Council. This project is an important element of the Active Travel and Greenway Infrastructure we are putting in place to create great places to live, work and visit throughout Fingal”.

Submissions on this latest round of public consultation can be made up to 23:59 on July 7 via the public consultation portal https://consult.fingal.ie/en/consultation/fingal-coastal-way-non-statutory-public-consultation or by post to Fingal Coastal Way, Senior Executive Officer, Planning and Strategic Infrastructure Dept, Fingal County Council, County Hall, Swords, Co Dublin.