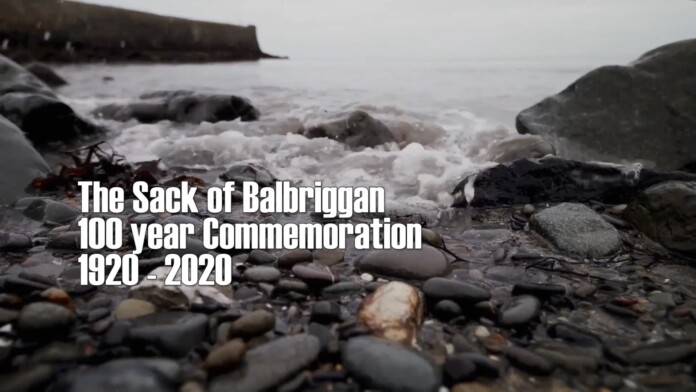 Fingal County Council has launched a commemorative documentary which they say is a lasting reminder of the amount of preparation and commitment local groups and Elected Representatives from Balbriggan put into the planning of the commemoration of the Sack of Balbriggan centenary last year.

While some events took place including the painting of a mural which was commissioned by Fingal County Council’s Arts Office, and Fingal County Council Libraries Fingal Festival of History festival which centred on the events surrounding the Sack of Balbriggan The Covid-19 restrictions meant that some of the larger events planned such as a visit by President Michael D Higgins to Balbriggan, unfortunately had to be cancelled. 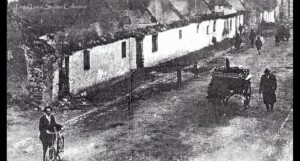 The video, which is funded by the Commemorations Office as part of the Decade of Centenaries, describes how the death of two local men and the subsequent destruction, by fire, of many homes and businesses throughout the town devastated the thriving business town for many years to come.

The video demonstrates the resilience of the Balbriggan people and their ability to work together to overcome the devastation and survive this crippling event.

The Mayor of Fingal, Cllr. David Healy, said: “I welcome the launch of this video commemorating the Sack of Balbriggan.

“The video gives an insight into this fateful night in the history of the Town and also serves to highlight the excellent commemoration work being done by community groups in the Town today, with the support of elected representatives and Fingal County Council.”

The Chief Executive of Fingal County Council, AnnMarie Farrelly, said: “I am delighted to see the launch of this video of the Commemoration of the Sack of Balbriggan which will help bring a greater understanding of the history of Balbriggan to a wider community as we continue our commitment to reimagine and build a bright future for the town through the Our Balbriggan project.  I would like to take this opportunity to commend the work of all the local groups who adapted to the challenges of Covid-19 to commemorate this event last year.”

Emer O’Gorman, Director, Economic Enterprise, Tourism & Cultural Development, “I am immensely proud of The Sack of Balbriggan commemoration documentary and of the hard work, commitment and dedication that has gone into its production by all involved. It is a beautiful legacy piece that will not only allow future generations gain an understanding of the devastating events that took place in Balbriggan 1920 but will also demonstrate to them that the strong community values that got Balbriggan Town through those desperate times 100 years ago still exists today. That is a testament to the town and to all those that live there”
The video will be made available on the Fingal County Council Website, Social Media and YouTube channels

You can view it here https://youtu.be/-gE3tucJbvc