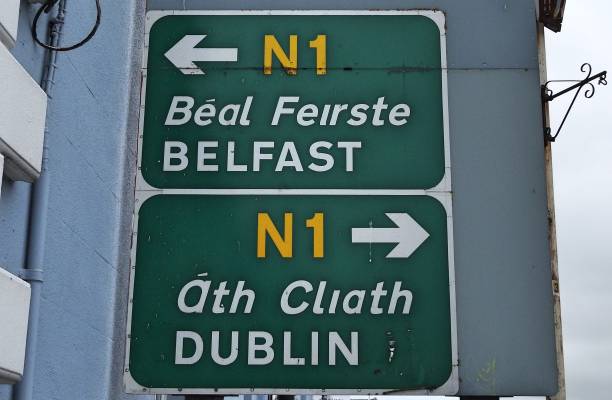 Fingal to be part of Dublin Belfast Economic Corridor

Fingal County Council is one of eight local authorities from either side of the border who have come together to launch the Dublin Belfast Economic Corridor.

The initiative has been launched in response to challenges facing the region, which have been identified by a joint report from Dublin City University and Ulster University.

The eight local authorities are:

The report, The Dublin-Belfast Economic Corridor: Current Profile, Potential for Recovery & Opportunities for Cooperation, states that this is an opportune time to create a north-south Economic Corridor given the challenges the region faces as it comes to terms with the impact of the United Kingdom’s exit from the European Union and the COVID-19 pandemic.

The Mayor of Fingal, Cllr David Healy, said: “Opportunities exist to grow indigenous business, establish clusters of key sectors, leverage the appetite for collaboration and use the Corridor as the driving force for economic development in the region and nationally.”

In 2018, the eight Councils located along the Corridor and the two Universities came together to work collectively to find ways of realising the potential benefits of further development of the Corridor. This led to the establishment of a Partnership Steering Group made up of the eight Council Chief Executives and the Presidents of the two universities who committed to meeting quarterly.

The Steering Group’s immediate objective is to leverage the network’s resources in areas which can have a positive impact and add significant value to the economic development of the region at a time of great economic and social uncertainty.

A working group of local government and university staff was subsequently formed and tasked with developing a series of cooperative initiatives and projects to begin to realise this objective. The report published today is the first output of their collective work over the past three years.

Following the launch and publication of the Report, the next step will be to establish working governance structures which will balance oversight and day to day activity.

Oversight will be provided by an Oversight and Governance Board. This will comprise of 24 councillors, three from each Council, and they will shortly hold their first meeting to elect a Chair and develop a programme of works.

Fingal County Council will be represented on the Board by Cllr David Healy, Cllr Tony Murphy and Cllr Howard Mahony

“There is awareness among all those involved in the Dublin Belfast Economic Corridor Project that developing a strong ethos of co-operation will require time, energy and support. Objectives will be set for achievement in the medium to long-term and based on a realisation that local actions can deliver strategic objectives in a practical way.”

The region has a population in excess of 2million people and is younger and more diverse than any other part of Ireland with 15% born off the island. It also has the best educated workforce with 34% of the population holding Third Level qualifications thereby creating an excellent pipeline for concentrations of jobs requiring graduates.

“Why is Dublin not twinned with Belfast because there should be so much more contact between the two cities and all places along the route.

“Two million people, half the island’s GDP, and real opportunities for further growth and further development.”

“The ties between north and south and east and west are effectively unbreakable both socially and economically so the potential is vast, and it is being realised. But we can also go a lot further.”

Owen Keegan, Chief Executive of Dublin City Council said: “The initiative we are launching today is fundamentally about increased partnership and cooperation between participating local authorities using our own resources and networks in an effort to accelerate economic development along the Dublin Belfast Corridor for the benefit of the citizens we serve.”