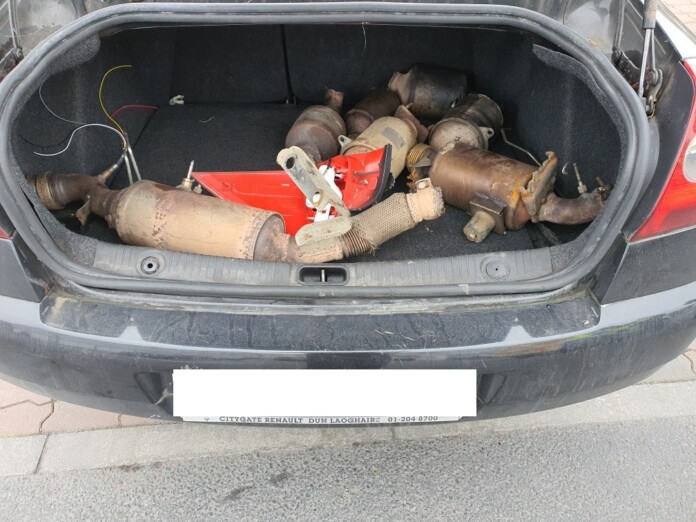 The discovery was made shortly after 10am when Gardaí attached to Finglas Station stopped and searched a car while on proactive patrol in the St Margaret’s Road area.

Seven catalytic converters were found located in the boot of the car.

The three occupants of the car, two men aged in their 20s and 40s and a male youth in his late teens, were arrested and detained for questioning under section 4 of the Criminal Justice Act, 1984 at Finglas Garda Station.

The two men have since been charged in connection to the case to appear before Blanchardstown District Court later this month, while the teen has been released without charge.

The investigation is ongoing.