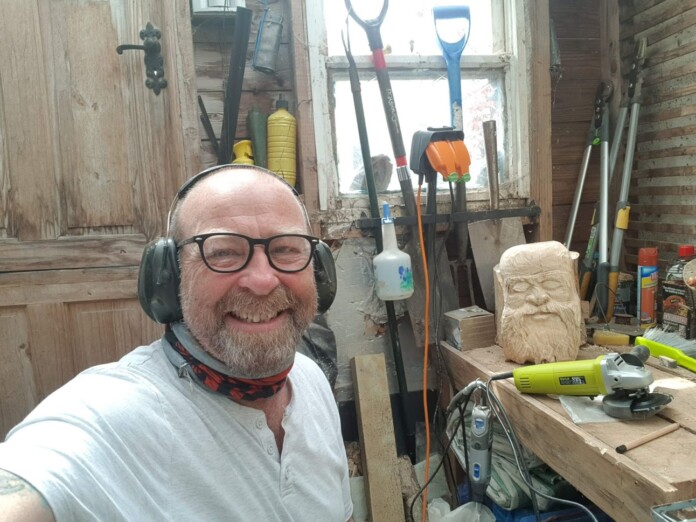 For some Dubliners lockdown was a chance to take up a hobby, get fit or launch a new business.

One Northside man however discovered a love for an ancient craft that has now become his life’s passion.

Wood carving is one of humanity’s oldest arts, there is even evidence humans have been at it for at least 300,000 years.

Coolock native Ray English however only discovered it in the middle of last May.

“I was on shortened hours from work, during the first lockdown, and one day I started watching these videos about wood carving on YouTube,” Ray tells Northside People.

“They were part of a series called Carving Fusion by a Canadian carver called Jordy Johnson.

“On his videos he shows how he does it and gives advice on the best ways to carve.

“I was totally drawn in, he’s a really good teacher.

“Next day I went to Lidl and bought a carving dremel and started carving the minute I got home!”

Ray was immediately smitten with his new hobby and started creating some very impressive wood carvings.

“Over the next few months I started getting more and more into it.

“Come December my wife asked me,‘What do you want for Christmas?’ and I said, ‘A chainsaw.’”

“It’s amazing what you can learn on the internet nowadays!” 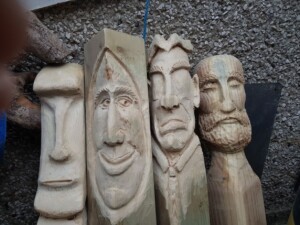 Once Ray had the chainsaw he was able to work with larger bits of wood and create bigger carvings, which you can see in the pictures (above).

“I use Pinterest for inspiration and ideas on what to carve, I’m sort of looking at exhibiting in the future.

“Wood carving is now my total passion, if I could do it for 24 hours a day I would.

“I’d say to anyone who is thinking of taking up wood carving just go and try it, it is so enjoyable.

“You get very lost in it when you’re doing it. 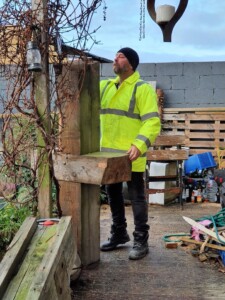 Ray, who works in the Old Library, Trinity College, is looking to his workplace for inspiration for his next project.

“There are some amount of beautiful sculptures in the library,” he says.

“I look at them and think ‘I would love to be able to do something like this.’

“Hopefully in the future I will, it would be great to have something I carved on display in the Old Library.”