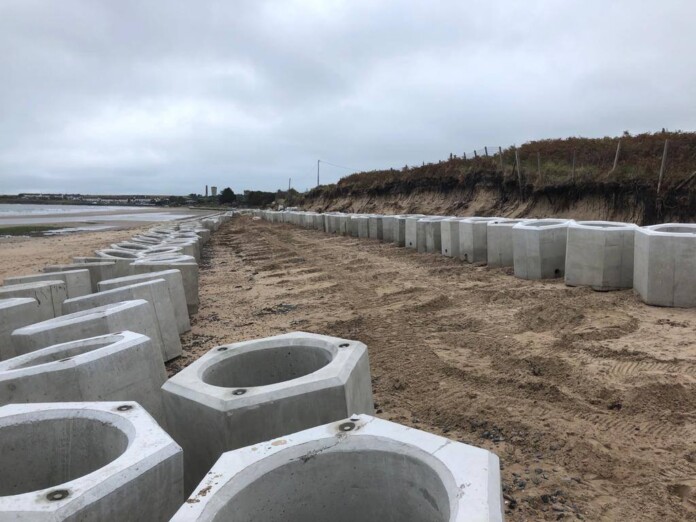 Emergency works at the Portrane coast are set to begin, Fingal County Council has announced.

Part of the works include the the relocation of seabees at Burrow beach, following on from recent rock armour works at Quay Road.

The council says the works are required due to the recent removal and relocation of the seabees at the beach.

“During 2018 and 2019 and as an interim measure, one kilometre of seabee’ concrete units were installed in an optimal position in two phases along Burrow Beach,” the council said in a statement.

“These seabees were designed to reduce and delay coastal erosion and were put in place approximately 10 metre from the dune face until a feasible and effective long-term solution is implemented.

“Fingal County Council plans to relocate 70 seabees which were recently moved without authorisation causing damage to the dune system at Beach Lane.”

The council says that its engineers are undertaking a review to assess where the seabees should be located in order to most efficiently reduce and delay coastal erosion.

“Given the changing alignment of the dunes, some of the Seabees will be relocated inland to maintain the original design,” Fingal County Council said.

The remedial works outlined above will begin this week and will take approximately three weeks to complete.