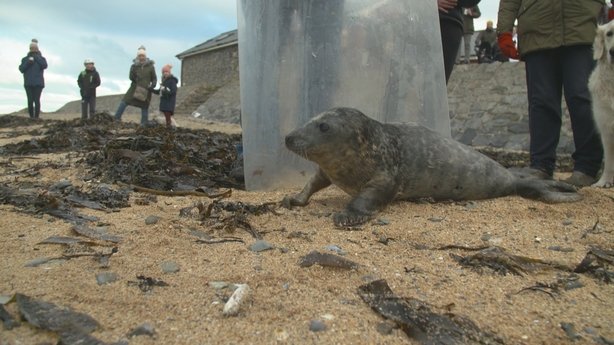 A seal pup which was feared to be dead after being found on a beach in Skerries has been released back into the wild.

Found on December 15, the male pup was suffering from an infected wound but has since been nursed back to health from the Irish Seal Sanctuary.

“At first I actually thought it was a seal corpse but then I noticed it was breathing. It had infected bite wounds, but they have cleared up. He’s going fine now,” Johnny Woodlock said, the rescuer.

The volunteers have since named the pup Nollaig.

After being fed a diet of finely blended fish, Nollaig’s weight increased from nine kilograms to 24kg just under three weeks, a healthy recovery. 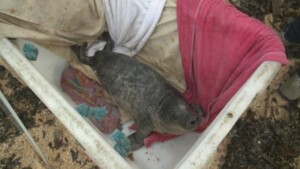 “This little seal now has a second chance to swim out, to fish, to even go hungry while weathering storms before fishing in calm waters again,” said Brendan Price, founder of the Irish Seal Sanctuary.

Grey seals usually breed between October and February and once weaned; pups are left to fend for themselves.

However, due to depleting fish stocks, seal pups can sometimes struggle to find food.

In Ireland, both the grey seal and common seals are protected species with populations estimated to be 5,000 for the former and 2,500 for the latter.

There are approximately only 300,000 grey seals left worldwide – which is less than the number of African elephants.