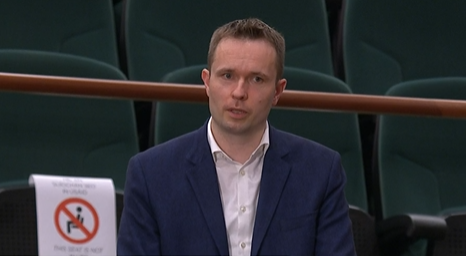 Dublin Bay North TD Cian O’Callaghan has expressed sadness at the news that two more homeless men have died overnight and called on the Government to ramp up the delivery of Housing First homes and supports.

Deputy O’Callaghan, who is the Social Democrats Housing spokesperson, said it is time for an evidence-based approach that works to be rolled out.

“It is very sad news that two more men who are homeless have died overnight in Dublin,” he said.

“Unfortunately, these are not isolated deaths.

“Sadly, we have seen far too many people who are homeless die before their time.

“The median age of death of someone who is homeless in Dublin is 42 – that is decades shorter than the rest of the population.

“We cannot allow this to continue.

“There are also reports of people who have become homeless sleeping rough after being barred by private providers of emergency accommodation for minor infringements of rules.

“The Government needs to ramp up the delivery of Housing First – where people who are homeless are provided with a home of their own and, crucially, with wraparound services to support their needs.

“This is an evidence-based approach that works and it needs to be rolled out rapidly.”