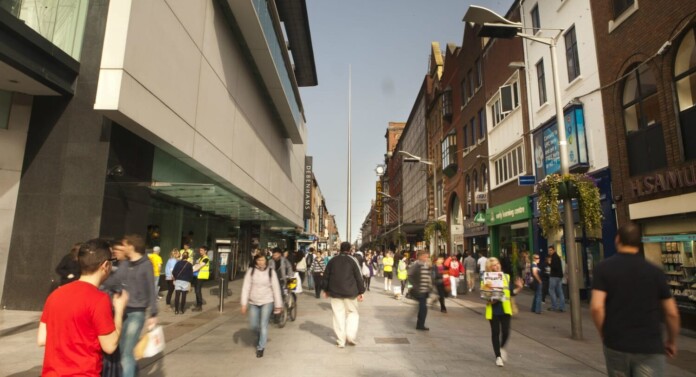 City councillors voted unanimously last night to support a motion to allow Henry Street traders to operate some form of market for Christmas.

Outrage from both traders and the public alike followed last weeks decision by the council to stop a Christmas market on the street this year.

This led Labour councillor Joe Costello to table a motion calling on the Chief Executive of the council to “rescind his decision and explore all options to allow casual trading on Henry St this Christmas while ensuring that all protocols and precautions re public health are observed.”

Speaking following the adoption of the motion, Cllr Costello said:

“The Lord Mayor agreed to my request to convene a meeting with the Chief Executive and the Henry Street Traders Committee.

“We hope that we will be able to resolve the matter satisfactorily.

“It makes no sense that to stop outdoor trading while allowing shops to trade indoors.”

“There can’t be a case for other markets like Bushy Park and St Anne’s Park to go ahead in Level 5 restrictions and then say Henry Street can’t, even when the level is reduced,” she said.

“The support for their position will be welcomed by all the traders and by all the people of Dublin and further afield who have rallied around the traders.

“Council managment must now work with the sub committee and the traders to make sure that traders have the opportunity to trade if the levels are reduced.

“The traders do not wish to contract covid and will insist that anyone buying from them wears a mask and keeps their distance.

“Also some of the stalls can be placed on the opposite side of the road to give more space between them.

“Management need to be consistent because right now it just looks like the Henry Street Traders are the only ones getting told they can’t trade.

“We need a decent plan which allows them to trade in December once the levels are reduced from level 5.”

The latest milestone in the development of Rathmore Park as a major Active Recreational Hub for Lusk was recently reached with the official opening...
Read more
Northside East

Labour employment spokesperson Senator Marie Sherlock has said it is 'simply unacceptable' that the Rotunda Hospital did not receive the full funding it sought...
Read more
- Advertisment -