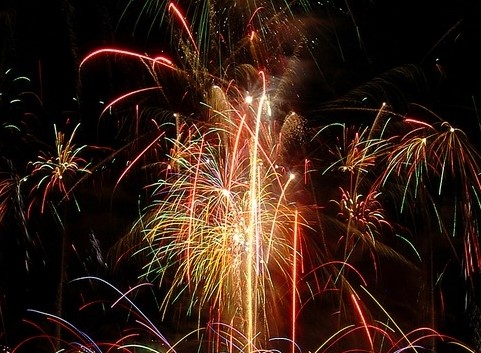 A DECISION by An Garda Siochana to bring forward Operation Tombola by one month to help deal with the fireworks situation in the city has been welcomed.

Fianna Fáil TD for Dublin North West, Paul McAuliffe, has today welcomed the move that will see the Garda operation tackle what he called the on-going fireworks disruption in the city in the led up to Halloween.

Deputy McAuliffe said: “Communities are being terrorised by fireworks exploding at all hours of the day and night, this increase in noise is a particular concern for pet owners and parents of special needs children.

“Following concerns raised by many residents in the city, I wrote to the Minister of Justice and Garda Commissioner to have the issue addressed. Today I received a reply from the Assistant Commissioner, informing me that Operation Tombola has been brought forward by one month to try and overcome the problem.

“Operation Tombola is tailored to the challenges of each division in the Dublin Metropolitan region and involves engagement with all relevant stakeholders including the local authorities to implement a multi-agency strategy for the Halloween period.

He added: “I hope this results in a reduction of Fireworks plaguing our city.”

Gardaí must be given resources to allow them tackle the dangerous use of fireworks and anti-social behaviour that is ongoing in communities right across...
Read more
Northside East

With the help of Hollywood hero, Colin Farrell, Special Olympics Ireland is asking the public to lend their support and help raise half a...
Read more
Dublin

DUBLIN Lord Mayor Hazel Chu was in Finglas recently for the launch of a celebration of recovery from drug and alcohol addiction in the...
Read more
- Advertisment -

Fianna Fáil Councillor Charlie O’Connor has expressed his concerns about the rising Covid-19 cases in Tallaght.  Councillor O'Connor is a member of the Regional Health...
Read more

Gardaí must be given resources to allow them tackle the dangerous use of fireworks and anti-social behaviour that is ongoing in communities right across...
Read more

With the help of Hollywood hero, Colin Farrell, Special Olympics Ireland is asking the public to lend their support and help raise half a...
Read more

A DECISION by Dublin city councillors to place the former home of a 1916 Rising leader on its list of protected structures has been...
Read more
Load more