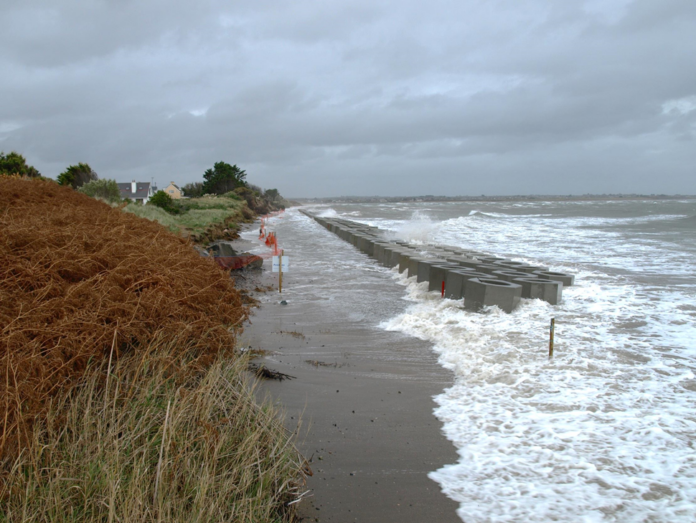 FINGAL County Council has urged residents in Portrane to cease placing material on the Burrow beach and on the seaward side of their properties after recent storm activity caused further coastal erosion in the area.

The council’s expert advice is that this is wholly inappropriate and counterproductive and has the potential to exacerbate erosion along sections of the already vulnerable coastline.

“While the concerns of residents are understandable, it is essential that this activity ceases immediately to avoid unforeseen and potentially detrimental consequences,” a spokesperson said

In response to ongoing serious coastal erosion problems at The Burrow Beach, Portrane, three lines of concrete SeaBee units have placed along the Beach to help protect more than 800 metres of the coastline which is vulnerable to erosion during storms and high tides.

These measures have been very carefully planned, designed and implemented to reduce the wave impact along the coastline affected and to delay the process of erosion while at the same time avoiding damage to adjoining sections of coastline.

In addition to these Emergency Works, specialist engineers appointed by Fingal County Council have prepared a plan to address long-term Coastal Change in the Rogerstown Outer Estuary including the Rush coastline.

Due to the ecological sensitivity of the site and the complexity of the issues involved, the plan will require environmental evaluation as part of the required planning consent process.