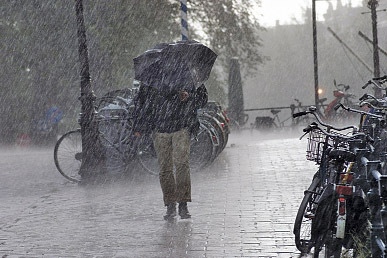 Storm Ellen is set to bring severe and potentially damaging winds to parts of the country tonight with a risk of flooding in coastal areas.

The storm, which contains remnants of Tropical Storm Kyle, is to move into the west coast bringing severe gales.

Seven coastal counties in the west and south are under an orange warning for wind, with yellow-level warnings in place for the rest of the island.

The orange wind alert is in place for Galway, Mayo, Clare, Cork, Kerry, Limerick and Waterford until 1pm tomorrow.

Met Éireann said in a statement:

“Storm Ellen will track over Ireland on Wednesday night and during Thursday bringing a period of severe and potentially damaging winds.

“Associated heavy rain will also bring a risk of flooding.

“Due to the combination of storm surge, spring tides and onshore winds there is a potential risk of coastal flooding.”