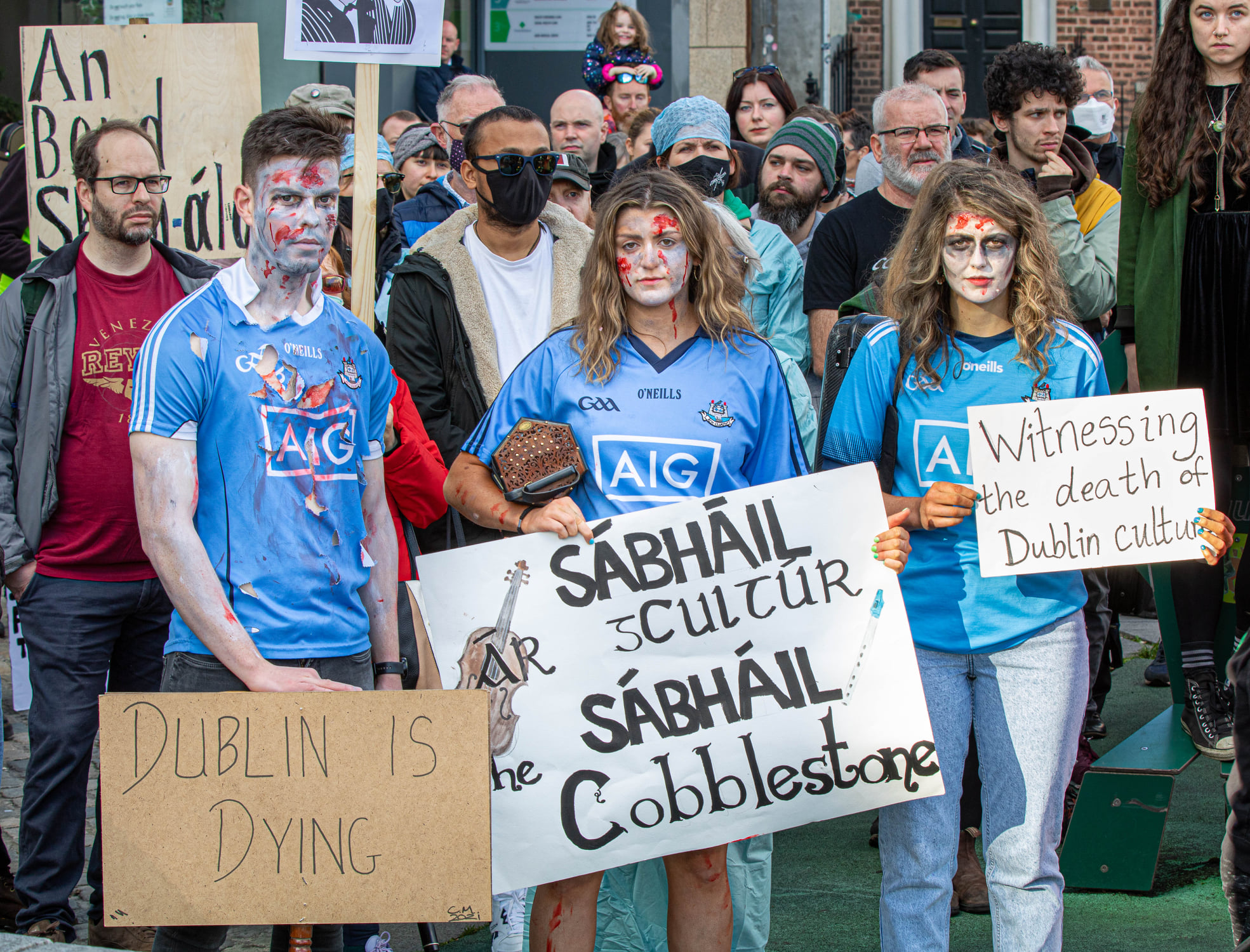 Dublin City Council has refused planning permission for a hotel to be built on the site of the Cobblestone Pub.

Developer Marron Estates had lodged an application for permission to build a nine-storey hotel at 77-80 North King Street, in Smithfield, which includes the Cobblestone.

More than 600 objections were lodged with the council and an online petition, Save the Cobblestone, gathered over 34,000 signatures.

Speaking this morning, Senator Sherlock said that this must be a ‘turning point in the battle for cultural spaces’ in Dublin and that resources must be made available for the number of artistic and cultural venues to expand.

“It is a massive relief that this thoughtless destruction of cultural space has been averted,” Senator Sherlock said.

“This decision is a huge credit to the 700-plus people who made submissions, along with the thousands more who supported this cause via the online petition or who took part in the two public days of action to Save the Cobblestone.

“Critically, we need to ensure that this is a turning point in the battle for Dublin’s cultural spaces.

“Today cannot be a one-off. We must build on the movement that has come together to save the Cobblestone and reverse the decades-long hollowing out of cultural space in our city.

“Over the past twenty years we have seen countless nightclubs, pubs and creative spaces bought out and turned into hotels or other commercial uses.”

“Critically, we now need to see the State and local authorities protecting and expanding cultural space by directly purchasing and supporting the purchase of dedicated properties for cultural and artistic activities.”

“This is hugely welcome news,” she said.

It is a victory for The Cobblestone, for the thousands who campaigned to save it and for the local community.

“The widespread public support for the preservation of this centre of Irish music and culture points the way forward for better planning in our city.

“The same reasons given for refusing the planning application for this hotel development should apply to the Hammerson plans for Moore Street.”

Another person who has welcomed the decision by Dublin City Council is leading Moore Street campaigner James Connolly Heron.

“The Moore Street Preservation Trust welcomes the decision of City Planners to refuse permission for The Cobblestone Pub development,” he said.

“It should be noted that much of the reasoning behind their decision can be applied to the planning applications submitted for the proposed development of Moore Street in terms of over-development, scale, context and interference with protected structures.

“Hopefully this decision is a signal that the unseemly haste with which developers are in effect planning the future of the capital city contrary to the wishes of citizens is now at an end.

“More importantly, if the Cobblestone is held by the Planning Authority to be worthy of preservation then it follows that the same level of protection must be extended to what the National Museum describe as ‘the most important historic site in modern Irish history’ – the very streets and laneways that witnessed the birth of The Republic.

“The Moore Street Preservation Trust Plan goes on public display at City Hall on this Wednesday 1 December in response to the Department of Housing, Heritage and Local Government’s call for a redesign of the proposed development plan for Moore Street.

“The adoption of this plan will end the continuing uncertainty surrounding the preservation and protection of the last extant 1916 Battleground and National Monument.”

People Before Profit Councillor Tina McVeigh also expressed her joy at the news that the council had refused to give the green light to the controversial plans.

“An incredible victory for people power and so inspiring,” she said

“Today I feel hope for the future of Dublin, her cultural spaces, her public spaces, her community, our city.

“Thank you to everyone who made this happen.”