Gardaí arrest three men and seize €414,000 in cash during search 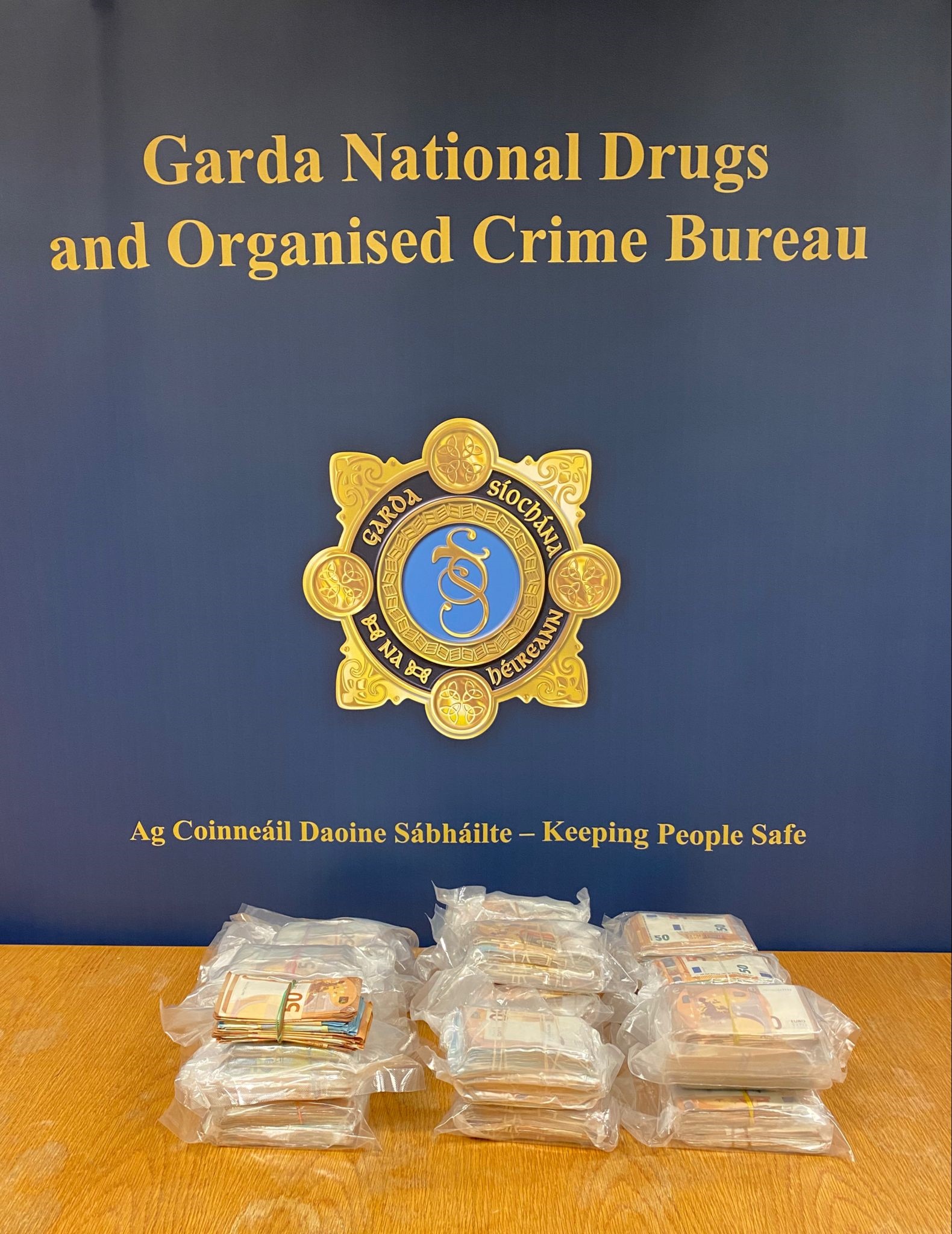 Gardaí have seized €414,000 in cash and arrested three men in the course of an operation in West Dublin targeting organised crime.

During a search of the vehicles, €414,000 in cash was discovered and seized.

Three males, aged 38,41 and 42 years, were arrested as part of the operation and are currently detained under section 50 of Criminal Justice Act, 2007, at Blanchardstown Garda Station.

All three were arrested on suspicion of involvement in an offence of participating in the activities of a criminal organisation, to facilitate money laundering, relating to the suspected proceeds of drug trafficking, pursuant to the provisions of section 72 of Criminal Justice Act, 2006.