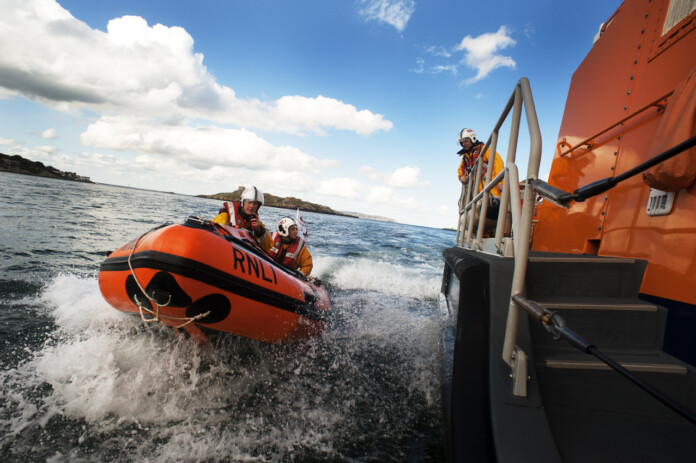 The volunteer lifeboat crew of Dun Laoghaire RNLI will be featured on the ninth episode of the BBC television series, Saving Lives at Sea.

Now in its sixth series, the 10-part documentary showcases the lifesaving work of the RNLI’s volunteer lifeboat crews from around Ireland and the UK.

The series is on BBC Two on Tuesdays at 8pm as well as being available on BBC iPlayer following broadcast.

Real rescue footage is accompanied by emotive interviews from the volunteer lifeboat crews alongside the people they rescue and their families.

This forthcoming episode, on Tuesday 19 October, sees Dun Laoghaire RNLI respond to a paddle boarder in difficulty in the water about 150m from shore at Blackrock in county Dublin.

Weather conditions at the time are quite rough with a squall causing strong offshore wind gusts along with a changing outward tide and choppy waters.

The lifeboat crew find the casualty exhausted having tried to paddle and swim back to shore. He is showing signs of hypothermia due to spending a long period in the cold sea.

Alan Keville, one of the Dun Laoghaire RNLI lifeboat crew members featured in the forthcoming episode, said: ‘It’s great that we can showcase the lifesaving work of RNLI volunteers in a TV programme like this.

“Without the generous support and donations from the public, we wouldn’t be able to save lives at sea and it’s great to be able to share what we do with our supporters from the comfort of their own home.”

During 2020, RNLI lifeboats in Ireland launched 945 times with their volunteer crews coming to the aid of 1,147 people, 13 of whom were lives saved.