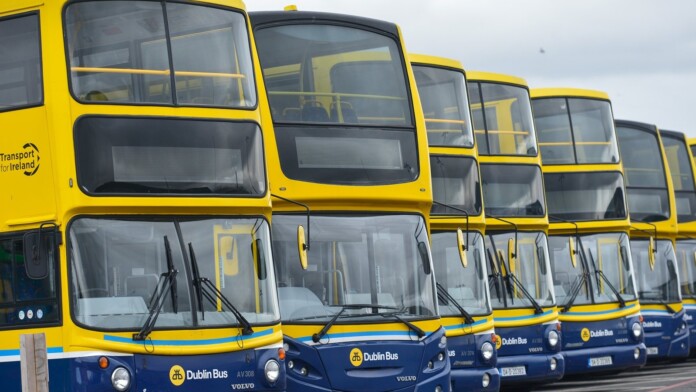 A Fine Gael Senator has called on Dublin Bus and the National Transport Authority to introduce a 24-hour service for Route 46A, which runs between Dún Laoghaire and the Phoenix Park, through the city centre.

Senator Barry Ward said a 24 hour service is needed if the Nitelink does not return.

“As we understand it now, and as the National Transport Authority has confirmed, there are no current plans for the return of the Nitelink service once we emerge from COVID restrictions with the reopening of the night-time economy.

“This would mean the end of the line for the 46N service.

“The Nitelink was a necessary service for people from the Dún Laoghaire area to get home from the city late at night.

“Without it, people would be forced to spend significant sums of money on taxis, as Iarnród Éireann does not operate regular late-night DART services.

“What I am calling on the Minister for Transport to do, as a long-term solution, is to introduce a 24-hour bus service for the 46A.

“This would provide a non-stop, frequent public transport option to people living in our area who need to return home late at night, be it from work or from a night-out.

“Unlike the Nitelink – which charges a double cash fare of €6.60 – a 24-hour 46A would only require standard Dublin Bus fares.

“First introduced on Route 41 – which operates between the city centre and Swords – and Route 15 – which runs from Firhouse to Clongriffin – 24-hour bus services have been rolled out across Dublin.

“Dublin Bus has announced its intention to increase the number of these services and in December 2020, a 24-hour service was rolled out on Route 39A, which serves UCD and terminates in Ongar.

“These services have been extremely successful and I have no doubt that their usage will increase with the reopening of the night-time economy.

“We are all looking forward to the reopening of that night-time economy when restrictions ease on 22 October, but with that reopening comes a responsibility to ensure that people in suburbs across Dublin are provided with the means to get home late at night.

“This is even more relevant when we consider the legislation introduced earlier this year by Minister Helen McEntee, which seeks to extend opening-hours of bars and nightclubs.

“People in our area will need to have access to the city centre at all hours of the day and night, and I’m calling on Minister Eamon Ryan to ensure that Dún Laoghaire can avail of a 24-hour bus service as soon as possible”, he said.