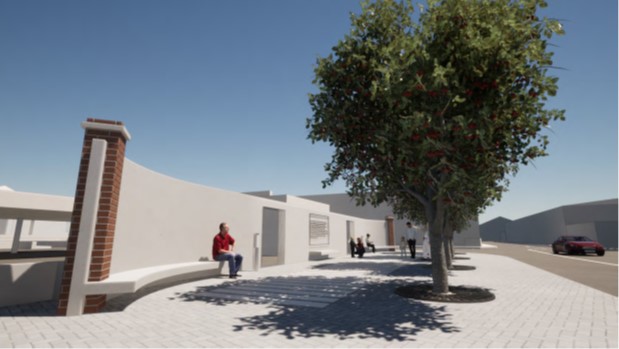 Dublin City Council is considering partially funding the development of a monument dedicated to the people who lost their lives in the 1981 Stardust fire.

The monument would be located at the site of the fire, now Butterly Business Park, located a couple of kilometres south of the Stardust Memorial Park.

The park was officially opened in 1993 and was refurbished in 2020 ahead of the 40th anniversary of the fire.

It is understood that the owners of the business park have plans to re-develop the site and proposed the construction of a memorial centre to Dublin City Council.

He said that there was mostly support for the project from DCC councillors and the Commemoration and Commemorative Naming Committee.

However, funding for the project and approval from the victims’ families would have to be sought before approval could be granted.

Sinn Fein councillor and Commemoration and Commemorative Naming Committee chair Michael Mac Donncha said he “has spoken to families and they are largely in favour of the plans.

“However, not all families have seen the proposal, as there hasn’t been a formal presentation yet.

“We would need to get a report to make the families approve of it, which I believe they generally do,” he said.

Lord Mayor of Dublin councillor Alison Gilliland also voiced her support for the project but said that the affected families must endorse the plans first.

“I would like to get feedback from families to make sure they are happy with it,” she said.

“There was an application for a hotel and build-to-rent scheme on the site adjacent to it, so I am just conscious that where it is planned, it cannot be overlooked and is allowed to be what it is.”

Green Party councillor Donna Cooney said that the families must be in support of the project before it can progress.

Teeling said that the owner of the site sought €100,000 to develop the monument with the council willing to pledge €50,000.

However, more a detailed breakdown of the project’s funding is not yet available.

When questioned on the proposer’s intentions by councillor Naoise Ó Muirí, Teeling said he “didn’t get a sense that it was anything but a genuine desire, as part of their redevelopment, to give due recognition to victims of the fire.

“An architect who works for the company is relative of a Stardust victim, a first cousin, so there is a personal interest there,” he said.

It is understood that if the project gets the go-ahead, the development and management of the monument would fall under the responsibility of the proposer, as it falls on private land.

“Something of that size, they would also need planning permission,” Teeling says.

Councillors agreed that a full report, outlining the families’ wishes, design and financial breakdown would be needed to be drafted in order to progress the project further.

“As set out at the area committee the details have yet to be worked out and the families must be centrally involved,” Mac Donncha said.

This is the second time this year plans for a Stardust memorial have been proposed.

In May, it was reported that the Irish Nurses and Midwives Organisation (INMO) wants to erect a monument at its headquarters on North Brunswick Street in Dublin 7.

The site was once the location of Richmond Hospital, where some of the victims of the fire were brought to be treated in the early hours of Valentine’s Day 1981.