Home Dublin Man to be sentenced later for the continued sexual abuse and rape...
Dublin 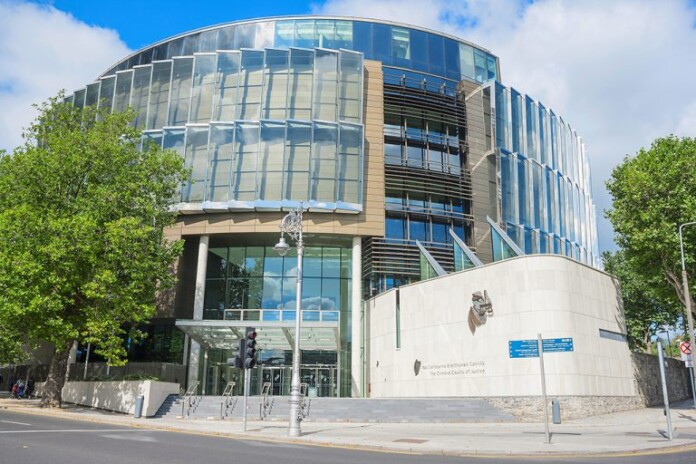 A woman has described at the Central Criminal Court how she suffered sexual, physical and emotional abuse at the hands of her older brother over a number of years of their childhood.

Her brother, now a 56-year-old man, who can not be named for legal reasons, was convicted of 11 counts of raping her at their family home in Dublin on dates between 1979 and 1982 following a five day trial last July which was held at Croke Park to allow for social distancing measures.

The woman told the court in her victim impact statement she had been an innocent girl whose childhood was stolen by her older brother.

She was nine and her brother 14 years old when he first raped her.

The investigating officer told Maddie Grant BL, prosecuting, at today sentence hearing that the accused man was four years older than his sister, the victim.

He said the abuse took place within the family home, beginning at the time of her first communion.

The first rape occurred when the victim was nine years old and her brother was 14 years old.

She said it then took place on a regular basis over the next three years ending in 1982.

The court heard there was violence used by the accused during the offences.

The victim described her brother would hit her, put her arms behind her back, try to break her fingers and hit her head off the wall.

She said she was too afraid to tell anyone.

The injured party made a complaint to gardai in 2015 and the accused was arrested later that year. The man, who has no previous convictions, denied the allegations during garda interview.

The garda agreed with Vincent Heneghan SC, defending, that the man did not give difficulty to gardai on arrest and abided by his bail conditions.

The victim told the court she could now accept the memories she had “tightly locked away in a little black box.” She said it had taken immense power and strength to open that box and reveal the memories.

She described a normal family life until the day of her communion when her brother touched her for the first time. She said her brother used his authority as her elder to scare her into believing she had no one else to turn to and used his anger, manipulation and “malicious nature” to keep her at his mercy.

The woman said she endured sexual, physical and emotional abuse and he used violence to keep her quiet.

She said it was not until her adolescent years she realized the extreme nature of what was happening and became fearful of what might happen to her if she became pregnant.

She said her brother’s refusal to accept what he had done has caused immense heartache and turmoil.

The woman then spoke directly to her brother: “You no longer have power over me, can no longer hurt me.”

“It’s your turn to carry the shame of this crime,” she told the accused.

She thanked her husband, those who had supported her, victim support, the prosecution team and gardai.

Ms Grant told the court it was the director of public prosecutions view that this case fell within the more serious category of cases but that the court would have to make allowance for the fact that the accused man was aged between 14 and 16 at the time of the offending.

Ms Justice Murphy asked what his client was apologizing for. Mr Heneghan said it was for what she (the complainant) may feel she deserves an apology for. He told the court there would be no appeal of the convictions.

He submitted the court will have to take into account that his client was a juvenile at the time and had to consider the delay in bringing the prosecution.

He outlined his clients extensive work history from an early age and his personal circumstances subsequent to the offending. He described the man as a “doting father” who put all his effort and attention into rearing his children following the breakdown of his marriage.

Mr Heneghan handed in a booklet of testimonials from family and friends of the accused man.

In her letter the man’s daughter described him as a honest, giving, caring and loving man who showed empathy for anyone less fortunate than himself. She described how he had cared for his children, other family members and friends.