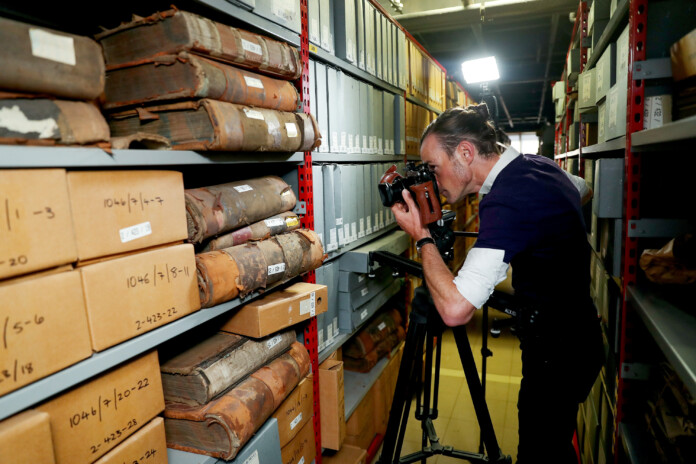 The National Archives today launched their 2021 Commemoration Programme of Events to mark the next phase of the Decade of Centenaries 2012-2023.

The National Archives’ 2021 Commemoration Programme marks significant events of 1921, culminating in the signing of the Anglo-Irish Treaty.

The programme leads to their flagship event The Treaty, 1921: Records from the Archives Exhibition at Dublin Castle this December.

The Treaty, 1921: Records from the Archives Exhibition, gives the public the opportunity to see one of the most significant historical documents held by the National Archives.

The exhibition will open at the British Academy in London on the 11th of October and run until the 23rd of October before taking residency at Dublin Castle from the 6th of December until the 27th March 2022.

This will be the first time the official documents and private papers, including the Treaty document will be presented to the public. The exhibition is accompanied by a programme of workshops, curated talks, and a digital programme as well as guided tours, designed to encourage historical enquiry and the understanding of the impact and legacy of the events that occurred during the revolutionary period. 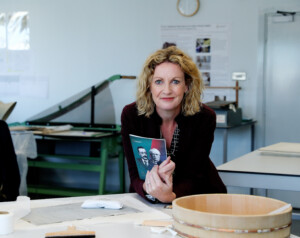 Director of the National Archives, Orlaith McBride (pictured above) said;

“2021 is an important year for the National Archives and today we launch our events programme under the Decade of Centenaries 2012-2023 programme which is supported by the Department of Tourism Culture, Arts, Gaeltacht, Sport and Media. As part of this Programme, the National Archives will host a series of events from September to December and one of the highlights includes the The Treaty, 1921: Records from the Archives Exhibition. We will bring the exhibition in London from the 11th of October before returning to Dublin Castle on the 6th December. These dates are significant in that they mark the centenary of the start of the Treaty Negotiations in London (October 11th 1921) and the signing of the Anglo-Irish Treaty (December 6th 1921) that brought the modern Irish state into being.

“This will be the first time that these documents will have been on public display. The exhibition is for everyone, but we would particularly encourage schools and young people to come along and see everything from the Treaty document itself to records relating to life in London for the delegation from October to December 1921 as well as original cabinet minutes, correspondence, secret drafts, private papers, photographs and much more.

“I’d really encourage everybody to come along and see for themselves records relating to the foundation of the modern Irish State.”

As part of the programme and following an open call for proposals, the National Archives has also appointed John Beattie as its Artist-in-Residence, to engage with its collections, to reflect in imaginative ways on the contemporary resonance of particular episodes from the 1921-1923 period. Through a process of historical and cultural reconstruction, Beattie will create a new body of work which re-stages and brings to life historical and cultural narratives and events from the period 1921- 1923. Throughout the residency, Beattie will present a series of public talks describing his experience of working as Artist-in-Residence in the National Archives; his research process and approach to creating new work as part of the as Artist-in-Residence programme.

The National Archives was established to collect, manage and preserve Ireland’s public record, ensuring their availability as a resource for all. These records relate to the social, cultural, economic and political history of the island of Ireland from the Middle Ages through to the establishment of the Irish Free State in 1922 and into the modern era.

Admission is free to all events and more information on the National Archives 2021 Commemoration Programme of Events can be found at https://www.nationalarchives.ie/2021commemorationprogramme/about-the-2021-commemoration-programme/