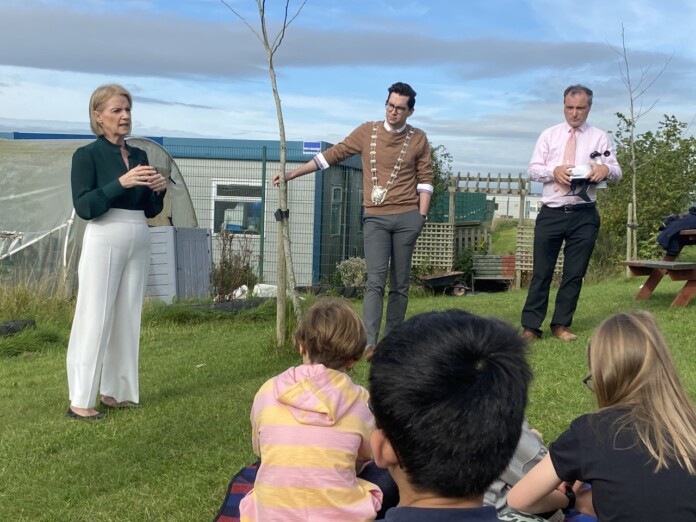 The Deputy Mayor of Fingal, councillor Daniel Whooley, presented a third year class at Rush and Lusk Educate Together National School with the first of the automatic weather stations that are being rolled out to primary schools across Fingal.

Primary Schools in Fingal had the opportunity to apply for an automatic weather station which produce real time information about rainfall, temperature, wind speed and wind direction.

There were 42 applications from which 16 were chosen.

Speaking at the launch Whooley said: “It was fantastic to officially launch the second phase of the Weather Stations for Schools project and present the class with the automatic weather station today.

“It’s a great initiative that will benefit Met Éireann and the primary school students alike.

“The children will further their knowledge regarding key challenges like climate change and flooding while at the same time helping Met Éireann monitor rainfall and climate and produce accurate weather forecasts.”

In addition to the 16 weather stations being provided Fingal County Council, three more organisations have agreed to sponsor the roll out of weather stations in different parts of the county.

Kevin Vallely, who is heading this project said that “it was great to see so many schools show an interest in the Weather Stations for Schools project.

“These automatic weather stations will be able to record wind speed, temperature, rainfall and wind direction.

“This information will be extremely useful to the OPW, Met Éireann and Fingal’s flood sections.”

This first phase of The Weather Stations for Schools project was the rain gauge launch in June 2021.

The then Deputy Mayor, councillor Robert O’Donoghue, launched the initiative in Rush and Lusk Educate Together National School when he presented Third Class with the first rain gauge.

The council is currently distributing rain gauges to 100 primary schools across the county.